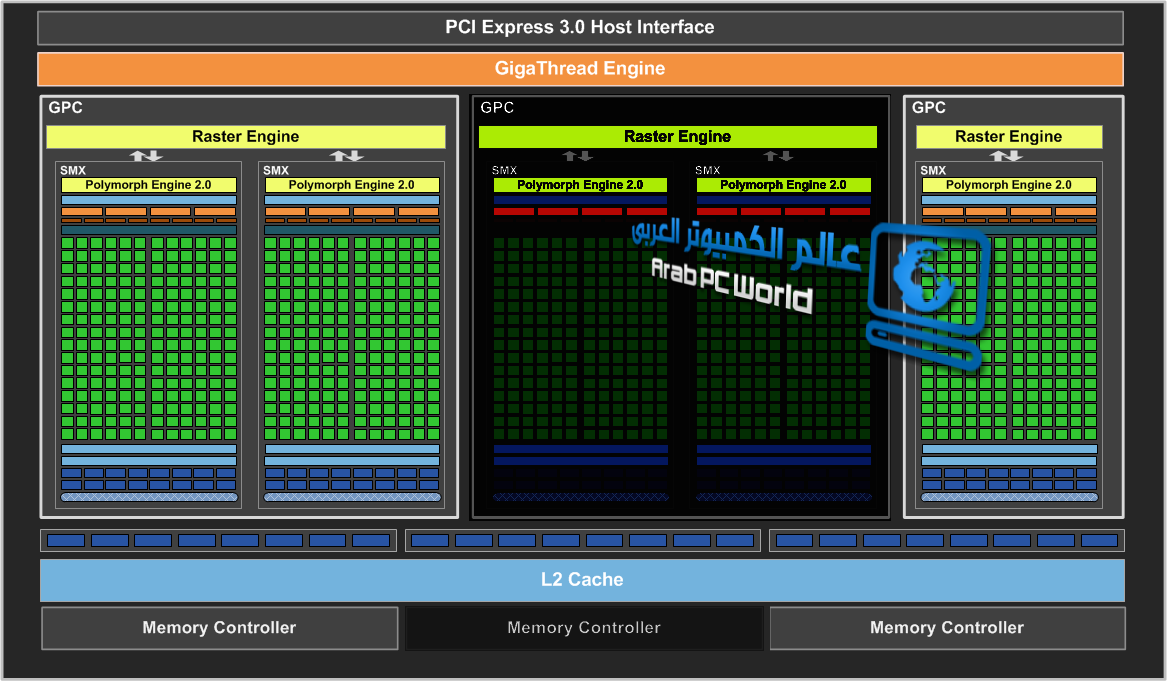 ArabPCWorld has some exclusive information about upcoming mid-range graphics card from NVIDIA.

Fist of all, they are referring to it as GeForce GTX 650 Ti, meaning that this would be the final name for this model. The specification of this card is not shocking, but it quite noticeable difference in comparison to GTX 660. If the information is true, then NVIDIA has disabled two streaming multiprocessors (SMXs) on the GK106 GPU, meaning it will have only 576 CUDA cores. But before you feel disappointed, I have even more bad news, since this model will be launched with 128-bit memory interface. So this card might not be the best choice for gamers. Also if the APCW’s diagram is valid, then the GTX 650 Ti will be missing 32 texture mapping units, well at least it will have full 24 ROPs.

Fortunately though, it will consume only 75 to 85W. The additional 6-pin connector can increase the TDP through overclocking to much higher level — the source is mentioning 150W, which I find very unlikely.

This card could have been a good budget addition to the Kepler lineup, but now I’m not so sure, we will have to wait for some tests. Well at least NVIDIA is finally creating some noticeable gaps between their entry-level and mid-range segment of graphics cards. There are no pictures of this card yet, also the pricing has not been revealed. My assumption is that most of the GTX 650 Ti models will look similar to already launched GTX 650/660 cards (depending on the manufacturer). GeForce GTX 650 Ti will launch around October 9th.

According to Softpedia card should cost between $149 and $169.