Some of you don’t like when I post different release dates of the cards, like every month, or week. But here you have a proof that usually those rumors are true, only manufactures delay the launch for various reasons.

Let me just remind you that GeForce GTX660/650 were to be launched on September 6th, but as few sources suggest, there were so many GTX 560/570 cards on the market that they decided to move the date to September 12th. But then they realized that there’s a new product from Apple coming that very day, so they moved it again…

Anyway, I found this data sheet which revealed the truth. So next time when you complain about multiple release dates, bear in mind that there are like hundred factors that can change it :) 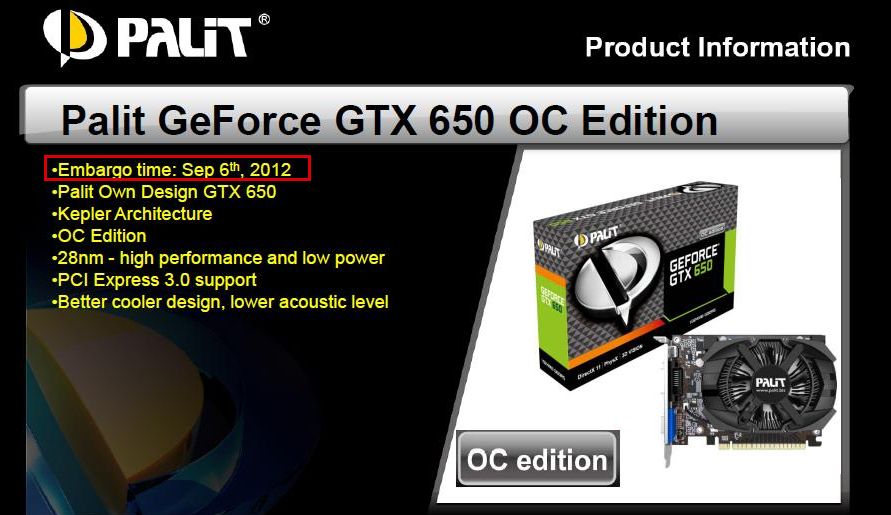