As promised, here are the pictures of upcoming Palit’s GeForce GTX 660 and GTX 650. 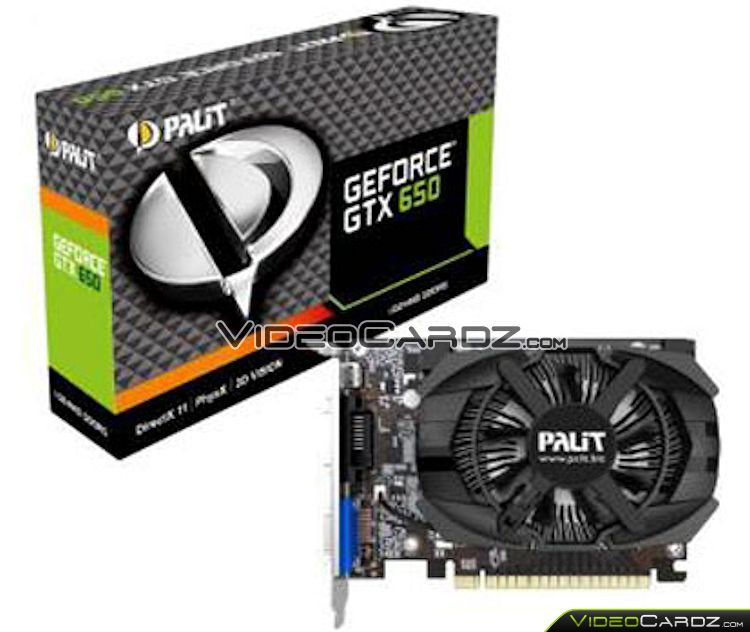 Palit is preparing a 1GB GDDR5 version of GeForce GTX 650. Card seems to be featuring a custom dual-slot cooler. This model is based on GK107 GPU with 384 CUDA cores. The card is clocked at reference speed 1058 MHz for core and effective 5 GHz for memory. According to Palit it will consume up to 65W of power through a single 6-pin power connector. 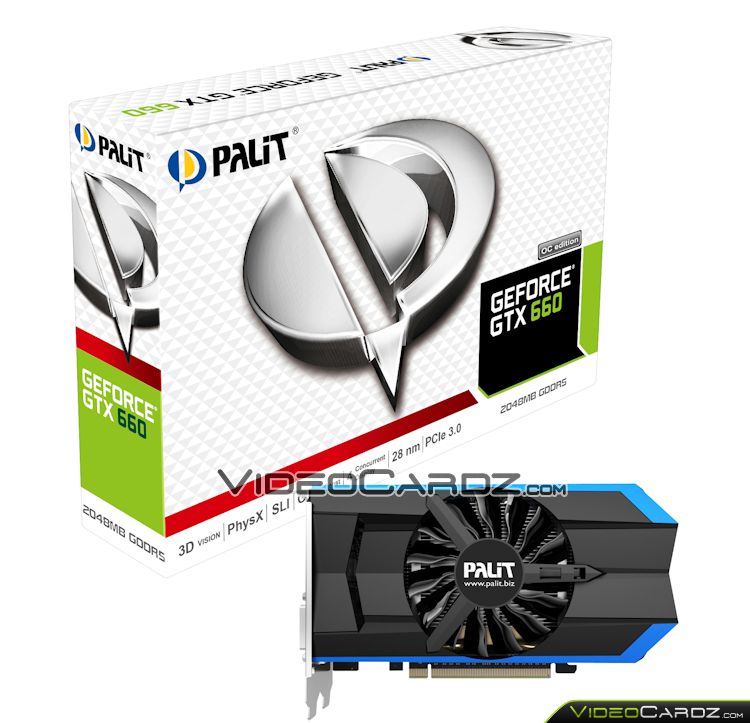 This is actually not a photograph, but a render, but that doesn’t really matter. What matters is the fact that card has non-reference cooler, which I have not seen before, so it was designed only for GTX 660. Unfortunately though, I don’t have information about its clock speeds yet (it’s a factory-overclocked model). The box reveals only basic specs like 2GB of memory, SLI and PhysX support.