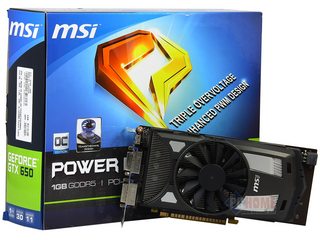 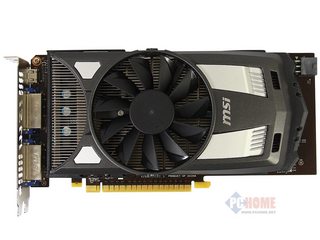 MSI is preparing a new Power Edition, this time they decided to pump some juice into GeForce GTX 650.

Before I began, let me explain this is the highest resolution picture I could find so far (stay tuned for more). So the card would feature 1GB of memory with 128-bit interface. It’s a Power Edition so it arrives with factory-overclocked speeds — 1124 MHz base clock and memory clocked at reference speed 5 GHz.

It seems that the PCB is customized (notice the power connector facing the side). This cooler is another iteration of the same cooler used for HD 7770 Power Edition. It’s a quite unique technology, where you can add another fan if needed.

Card is equipped with two DVIs and mini-HDMI output. Price tag is not yet revealed.