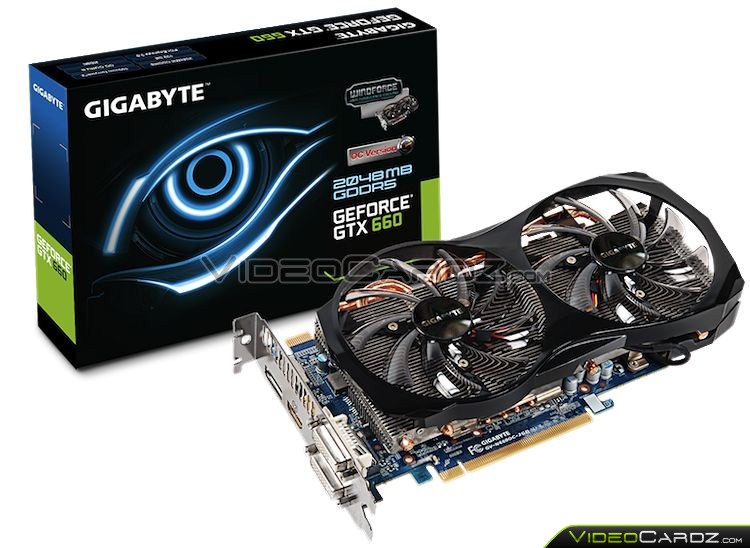 Gigabyte is preparing a new GeForce GTX 660 with WindForce 2X cooling solution. It looks like we have another fully modified card from Gigabyte.

For the first sight it looks like GeForce GTX 660 Ti, but that’s not true. I even thought that the only similarity are the fans, but if you look closely those are slightly wider as well.  So the card received another iteration of a blue non-reference PCB, which is shorter than GTX 660 Ti’s. Gigabyte could not use the same PCB for one reason – GTX 660 can only support 2-way SLI, while Ti can go with 3-way. So they simply couldn’t mount the new GK106 GPU on their popular PCB.

Card features WindForce 2X cooling solution, which is a dual-slot and dual-fan configuration. In comparison to GTX 660 Ti this card has one large heatsink which is tied to four (I think) copper heatpipes. Card has the same display outputs configuration as other high-end Kepler-based models: HDMI, DisplayPort and two DVI’s. Card is listed online for $270.