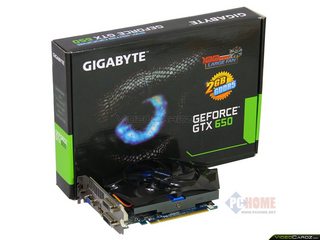 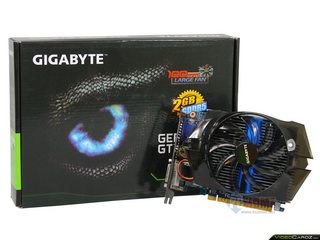 Gigabyte is preparing at least two GeForce GTX 650 cards. This one has a non-reference memory size of 2GB and it is factory-overclocked. But most importantly I have a HUGE collection of photographs – almost a week before launch.

Card is featuring a factory-overclocked clock of 1110 MHz, while the memory clock is 6008 MHz. The GTX 650 2GB has a large 100mm fan on the top. It’s a dual-slot design, but it will perfectly fit onto mini-ITX motherboard. Card requires single 6-pin connector. It is equipped with two HDMI, VGA and two DVI’s outputs.

I have never seen such a large gallery of a single card.