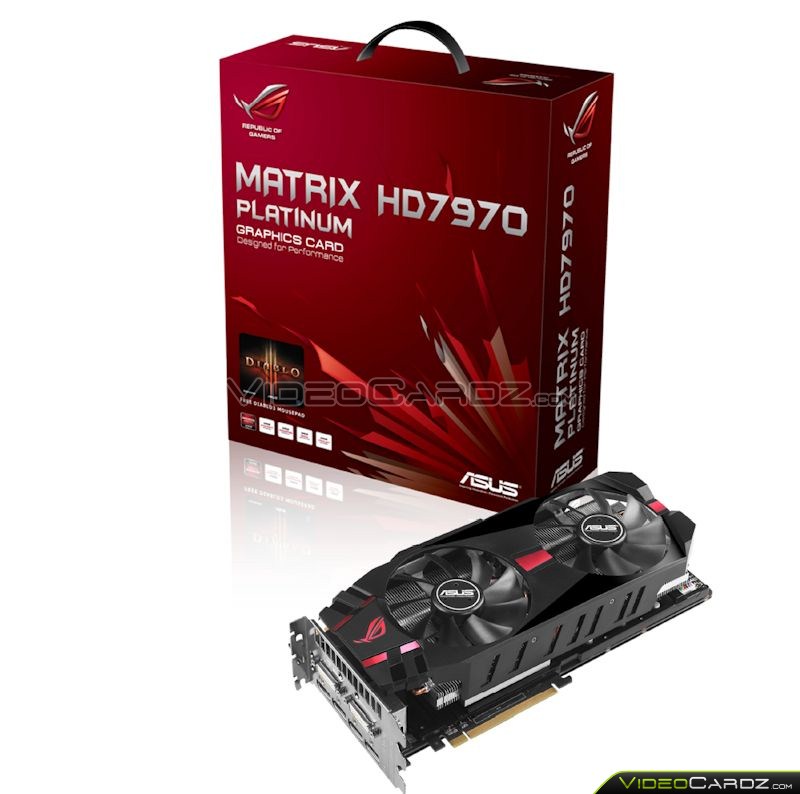 You might still remember the ASUS Matrix GTX 580 Platinum graphics card. To be honest this one looks very similar to it, even though it’s Radeon not GeForce. Actually I’m assuming that this card has the same cooler as GTX 580 (I can’t spot any difference).

If you’ve been wondering what ASUS is preparing for real overclocking enthusiasts, then here is your answer. ASUS Matrix HD 7970 Platinum is based on Radeon HD 7970 GHz Edition. This model is packed with unbelievable 20-phase power design, which is called Super Alloy Power. Card also features VGA Hotwire, which are basically a voltage measurement connectors for GPU, Memory and PLL (those can be connected to Rampage IV Extreme or Maximus V Extreme motherboards).

But that’s not all. The Matrix Platinum cards have very interesting display outputs configuration. That’s because the whole card is two-and-half slot design, so the ASUS could add more of them. Therefore this model has six connectors: four DisplayPort’s and two DVI’s, meaning it fully supports AMD’s Eyefinity6. Additionally, it has a very cool feature — the Matrix logo on the side is illuminated by multi-color LED’s — and those change accordingly to the usage of the card (there are five modes). Oh, did I mention it has a backplate?

Moving forward to the GPU — this card has Tahiti XT (aka XT2). It supports PowerTune Boost, so it comes with two clocks – 1050 MHz base and 1100 MHz for boost. You probably think that’s not that impressive, but it is, because this card out-of-the-box is just asking for even more overclocking. ASUS has already set the memory for you to 6600 MHz effective speed, so you should only focus on the core.

ASUS Matrix HD 7970 Platinum will be available soon (it’s already listed on few ASUS pages), but the price is still unknown (well, don’t expect it to be cheap…). 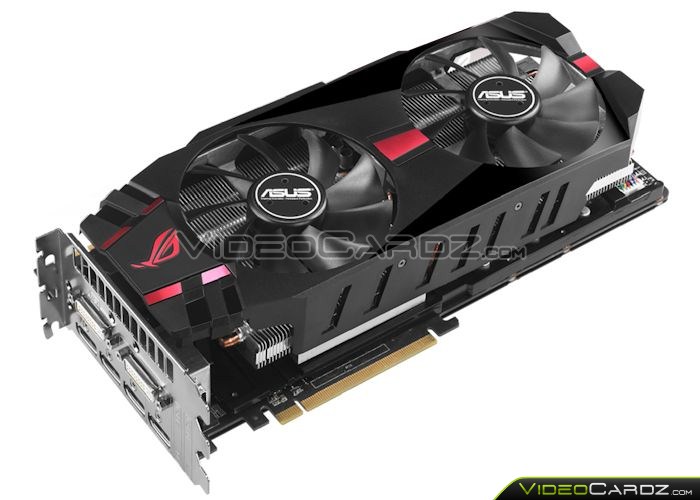 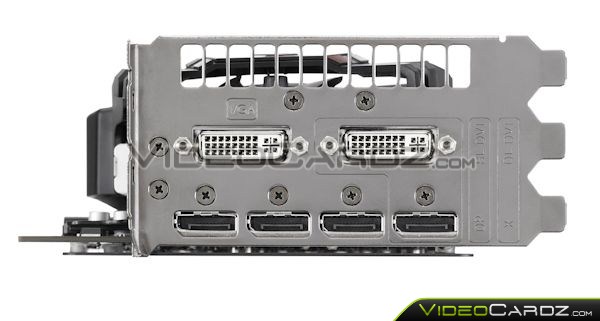