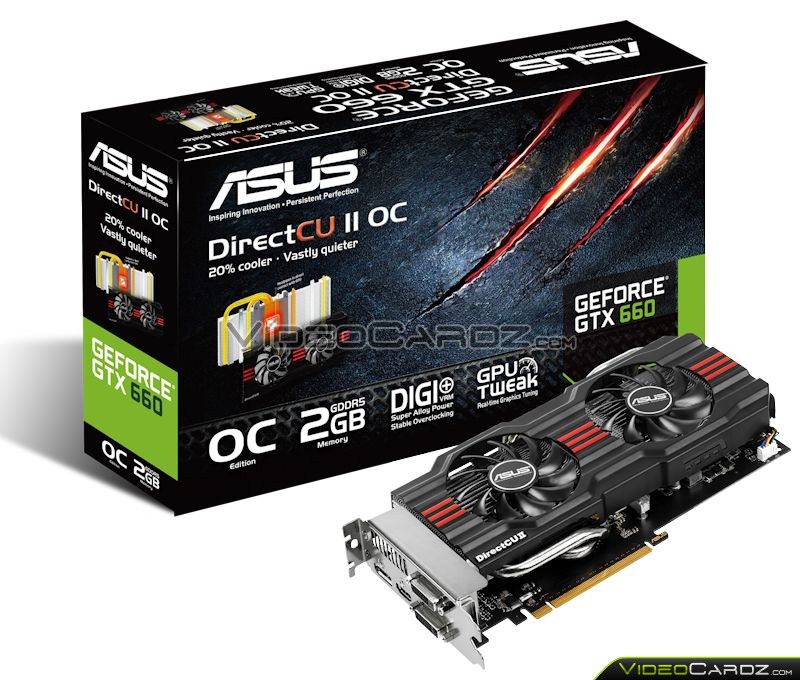 ASUS is preparing three GeForce GTX 660 models for next week’s release. I’m really impressed with the number of graphics cards that ASUS has launched since January, what is more, majority of them are non-reference models — and that’s what real graphics enthusiasts like the most.

I have some detailed information about all three GeForce GTX 660 models from ASUS. Needless to say, all of them will feature dual-slot DirectCU II cooling solution, so those models will basically look similar to current GTX 660 Ti models. Furthermore, all three cards will have 6 phase Super Alloy Power PWM along with DIGI+ VRM (just like GTX 660 Ti). The new ASUS models will feature GK106 GPU with 960 CUDA cores and 2GB GDDR5 memory on 192-bit interface. 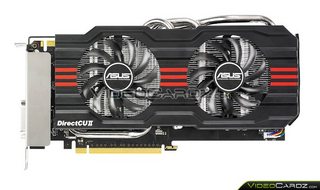 Basically, they only differ in clock frequencies.

This is the slowest card from the pack. It features reference clock speeds of 980 MHz for base and 1033 MHz for boost. Memory is clocked at 1502 MHz.

The OC edition has slighly higher clocks. The base core clock is 1020 MHz with a boost at 1085MHz. Memory is operating at the same speed as reference model.

ASUS TOP cards are known for very high clock speeds. This card is nothing different, it arrives with huge increase of base clock to 1072 MHz and boost of 1137 MHz. Since this is the fastest GTX 660 from ASUS, also the memory was overclocked to 1527 MHz.

New ASUS GTX 660’s will be released on September 12th. Price of each model has not been revealed yet.