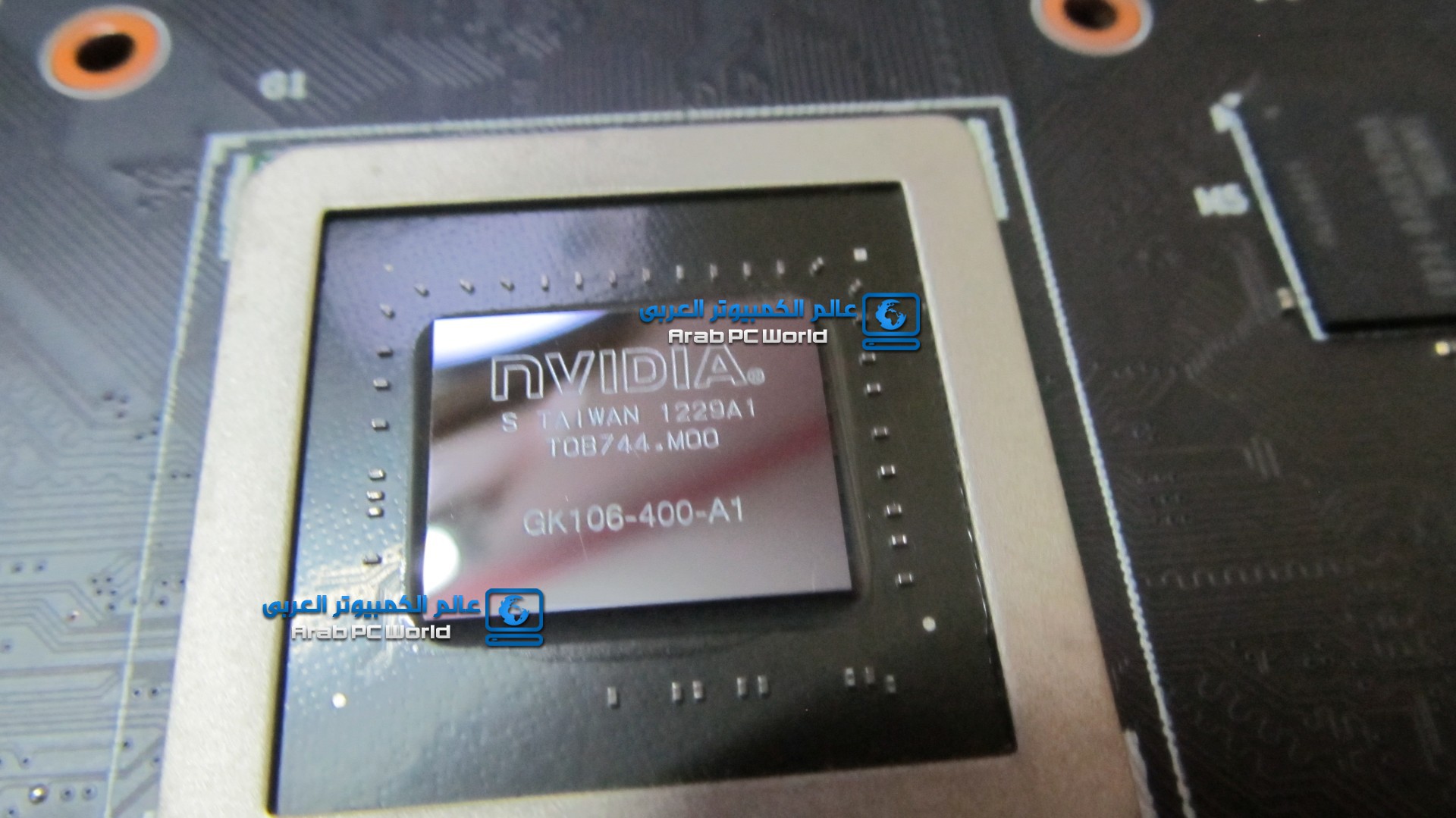 So it seems that previous rumors about GK106 GPU were correct. Most importantly it does exist and ArabPCworld has the proof.

Earlier this month there were few rumors suggesting that NVIDIA might launch only two GPUs – GK107 and multiple iterations of GK104. But this is not the issue any more, since ArabPC have shared some interesting photograph of the new GK106 GPU. A new silicon seems to be smaller than GK104, the GPU itself is shaped in rectangle, while the GK104 is squared.

I’m not sure if the size is correct, so take this comparison with a grain of salt.

The GK106-400-A1 GPU will most probably power the upcoming GeForce GTX 660 (non-Ti). New Kepler GPU will feature 1152 CUDA cores most likely packed in 6 SMXs. The interesting fact is that NVIDIA has removed the specification of the GTX 660 OEM version from their website, meaning that someone has made a huge mistake by putting it there too early – but thankfully we learned all the specs from it.

A new home for VideoCardz.com

I would also like to make a small announcement. VC will be now served directly from sunny California. Today VideoCardz.com has been moved to a new server (some of you noticed few problems with the site during the moving process). However, if you encounter any other issues feel free to post a comment below or contact me directly.

Many thanks to SAMY for a tip.