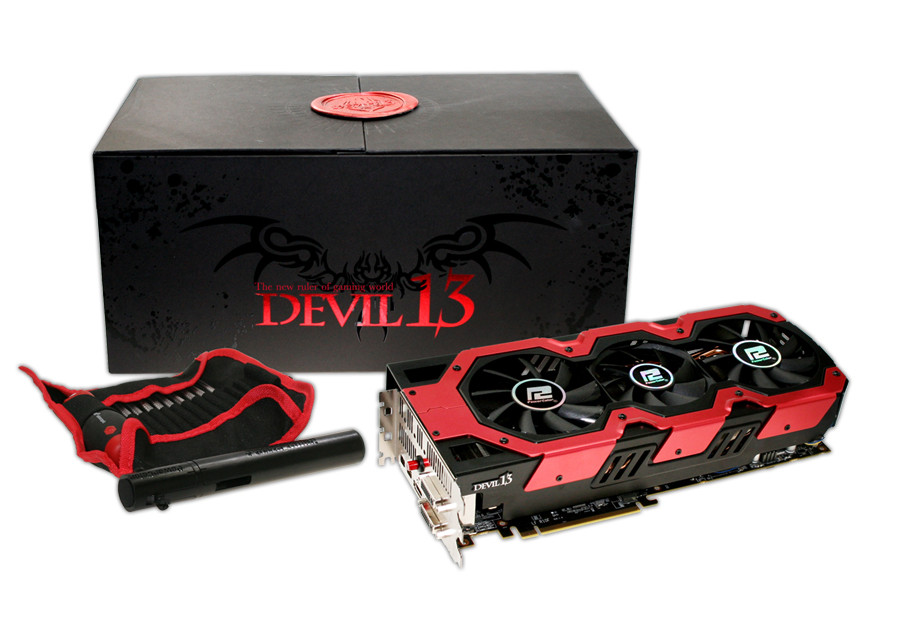 PowerColor’s new Radeon HD 7990 Devil13 is now available in stores with a price tag of 999 Euros.

Long story short, this card is more expensive than GeForce GTX 690, which is not a good information. In fact, if we compare the CrossFire HD 7970 configuration to GTX 690 performance, the Radeon’s would be faster in few games, and slower in others, but we also have to mention the power consumption, which will be much higher with Radeon model. Also if we consider the fact that PowerColor’s card is not even a GHz Edition card (with a boost clock), then it would be much cheaper to grab two Club3D 7970’s for €370 (€740 in total).