Expreview had a chance to picture upcoming dual-GTX680 graphics card from ASUS. Even though it is forbidden to take pictures in the factory, they still managed to take few of the new ASUS MARS III’s PCB. 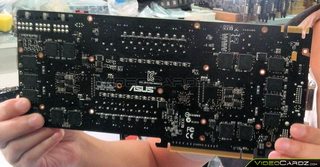 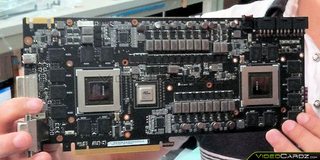 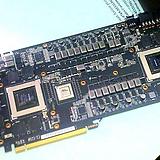 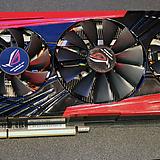 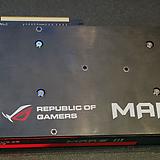 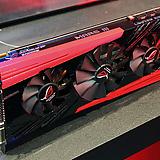 The PCB is quite similar to last year’s ASUS Mars II – the GK104 GPU’s are smaller than GF110 though. Each GPU will utilize 8+2 phase desgin, meaning that the whole card has 20+1 phase design (one phase for PLL). The SLI connection is handled by PLX PEX8747 chip. Card is said to feature 8GB of memory (split into 16 memory chips), which is twice as much as GTX 690. Card will also have higher clocks (more than 1 GHz), meaning this would be the fastest Kepler-based graphics card ever released for gamers. On the top there’s a SLI connector for Quad-SLI setup and three 8-pin power connectors.

According to the source the card is already ready for official launch, however its release depends on NVIDIA’s decision. The same thing happened with GeForce GTX 590, when they allowed other custom made models only after their reference based card settled on the market. There is still no information how much would this card cost. 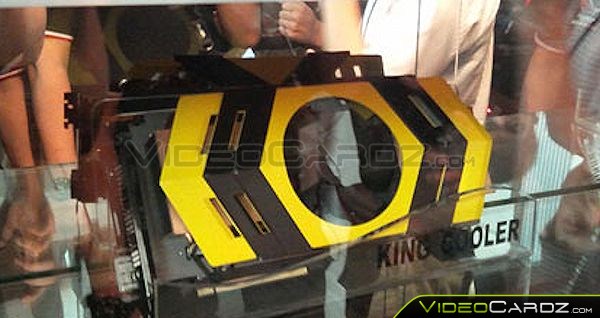 The site is also mentioning that ASUS is currently working on the new ARES 2 model. Few months ago a rumor float around the web saying that ARES 2 would feature dual Pitcairn GPU. ASUS then informed the public, that they are not working on any new ARES model which is now somehow confirmed to be untruthful. The new ARES card would be nothing else than Radeon HD 7990. The new cooler looks almost exactly the same as actual ARES 1 model, only with new colors.

The picture of the engineering sample shows new yellow/black cooler, which is purportedly prepared to be  mounted on the ASUS ARES 2 graphics card. Surprisingly the card is even reported to be faster than MARS III, which I’m sure will be determined in near future.