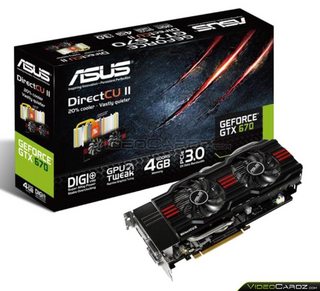 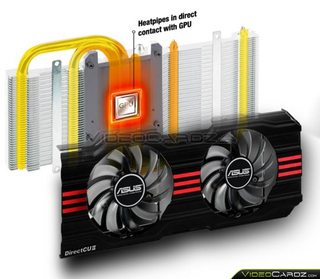 ASUS is preparing a third iteration of GeForce GTX 670 graphics card. This time they are working on 4GB model.

There are currently two GeForce GTX 670 models with 4GB of memory on the market. These are EVGA’s SuperClocked+ and Galaxy’s GC. Those models are not very popular, as not many people find it comfortable to pay extra bucks for slightly better performance (which is higher as resolution goes up).

ASUS delayed the launch of their 4GB model by three months. I’m not sure why they are releasing it right now, as they just launched five GTX 660 Ti cards – there are so many ASUS cards on the market that it’s hard to keep a track of them.

Anyway, the ASUS GTX 670 DC2 4GB is nothing innovative. It looks like GTX 670 DC TOP, because it features a backplate (to cover additional memory chips). But the clocks are left untouched and remain at 915/980 MHz (base/boost clock). Even the memory is still clocked at 6008 MHz. So the only interesting part is the memory size of 4096 MB’s.

All three models of GTX 670 from ASUS have the same DirectCU II thermal solution. ASUS claims it provides 20% lower temperature and quieter operation than reference cooler and many people confirm that. Moreover the card has been equipped with DIGI+ VRM, which is a 6+2 phase PWM (known as Super Alloy Power). The bracket is offering a standard outputs of HDMI, DisplayPort and two DVI’s.

The new model from ASUS should be available soon, however no detailed information has been released. Card should cost similar to other GTX 670 4GB cards – something from $470 to $440. 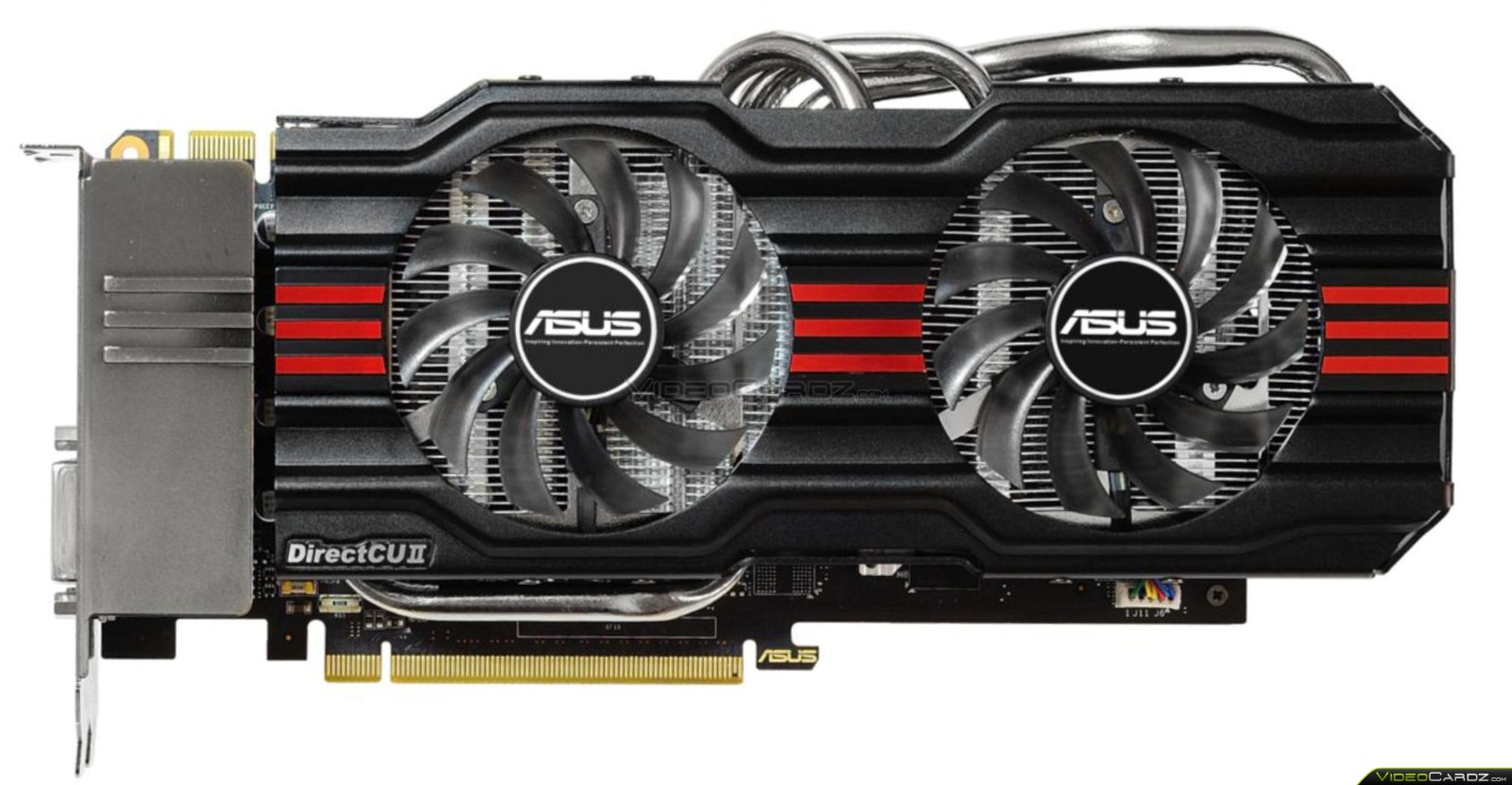 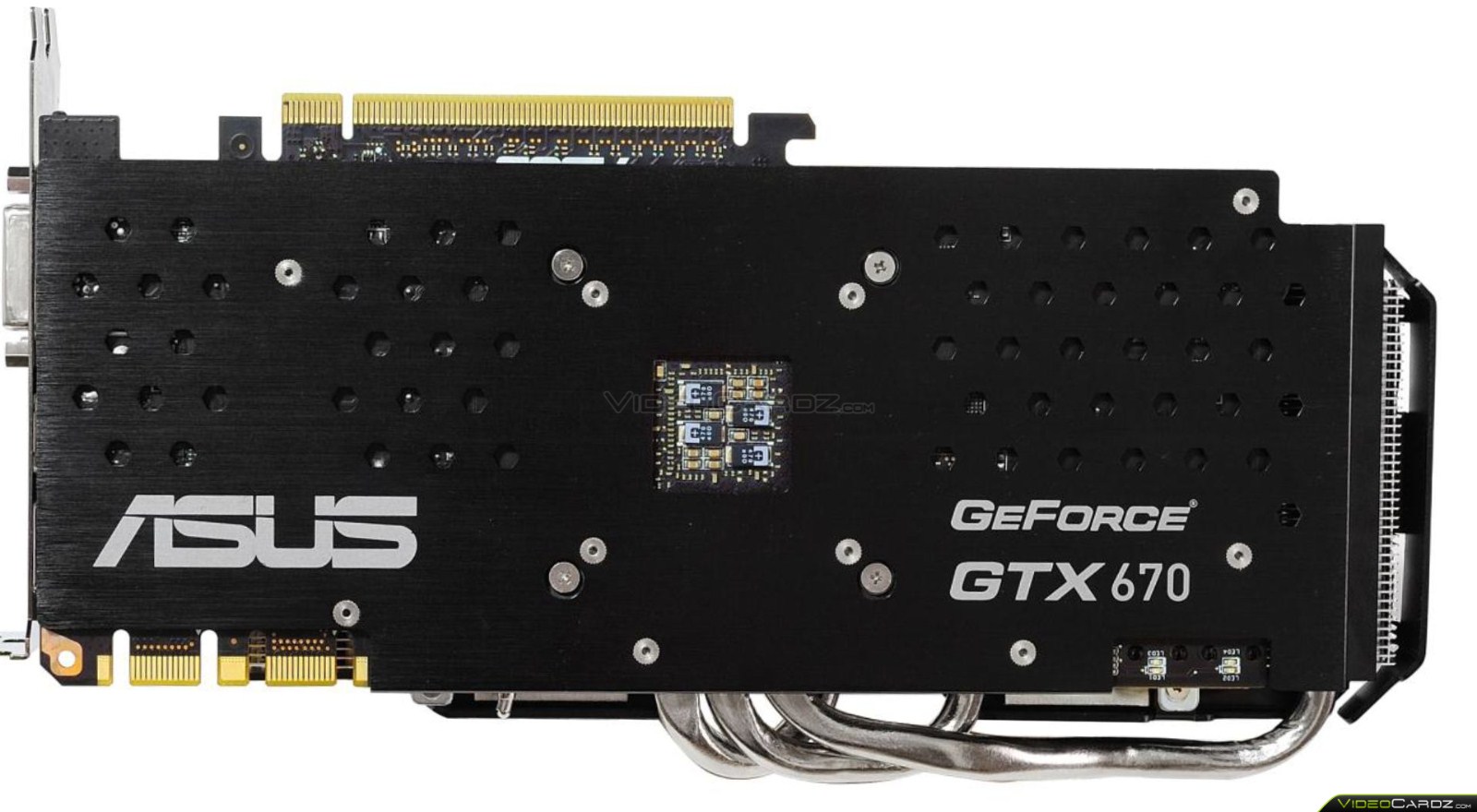 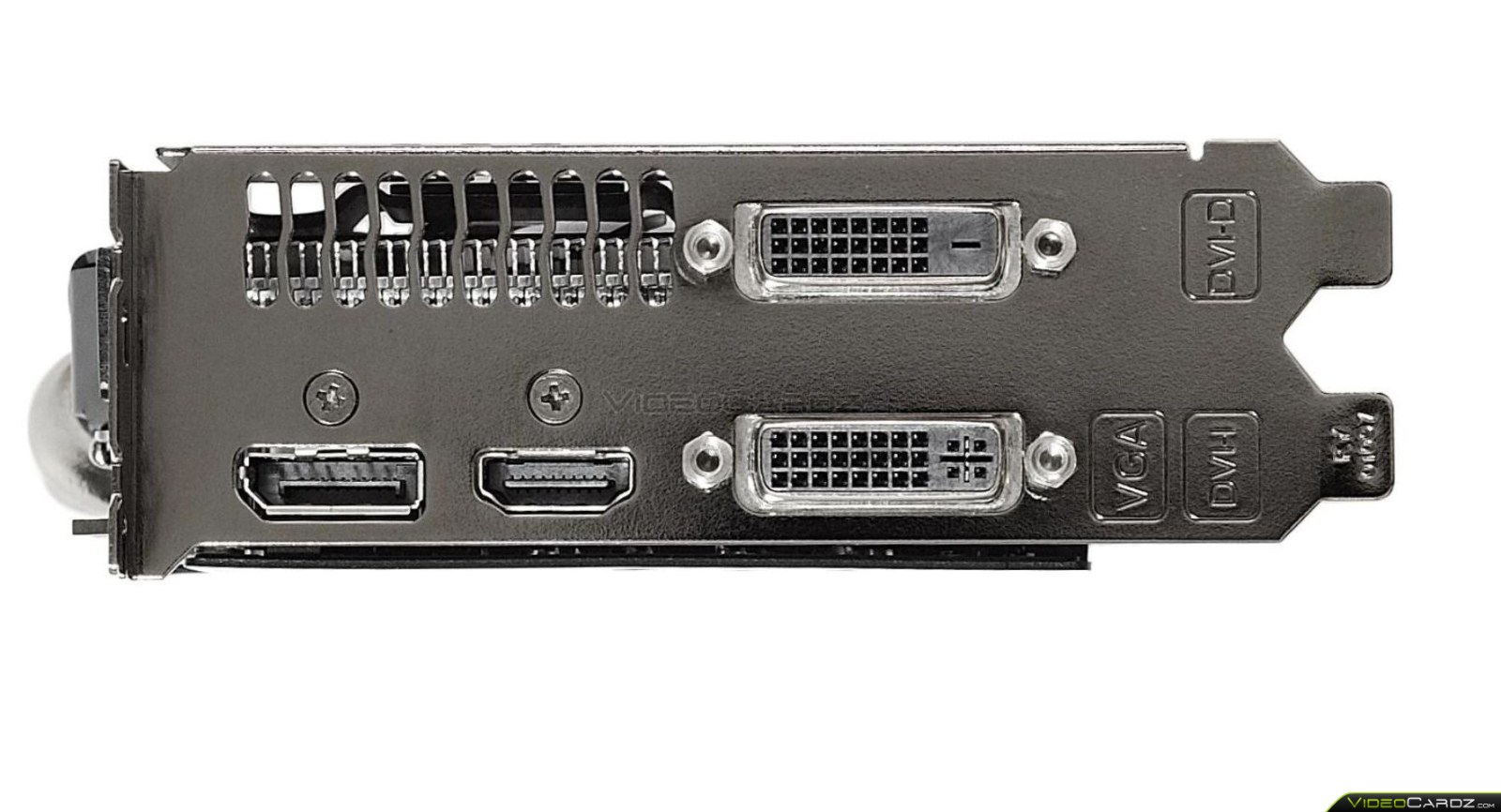 Many thanks to OBR for materials