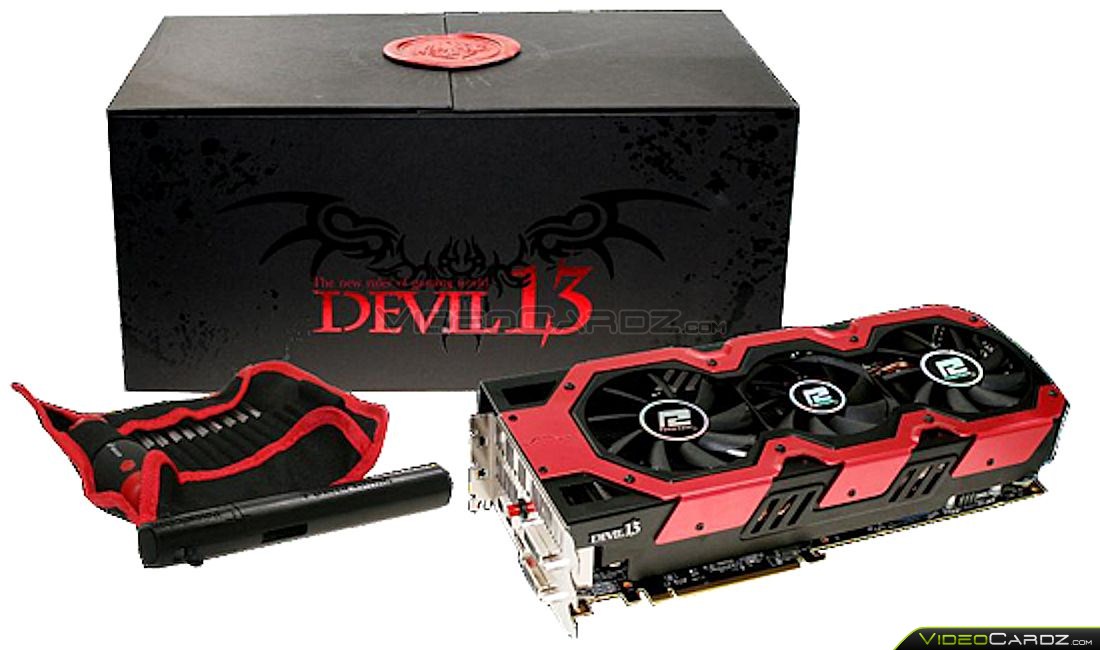 Yesterday I wrote about Radeon HD 7970 X2 to be named HD 7990. After seeing a new HD 7990 Series section on PowerColor website things start to clear out a bit as more information surfaces.

DonanimHaber claims that AMD will not release any reference model of HD 7990. AIB partners will have to release their own cards, meaning AMD gave them a free hand in using HD 7990 naming instead of HD 7970 X2. There shouldn’t be any PowerColor HD 7970X2 Devil13 or HIS HD 7970X2 card.

HardwareCanucks have even more insight in the situation. According to them the HD 7990 from PowerColor will feature two modes (stock and factory-overclocked), which will be chosen with a BIOS switch. This is might have been caused by huge power consumption of the card, which is now said to oscillate at 400 Watts. But that’s not the only disappointment, PowerColor’s HD 7990 is so heavy that the company will bundle a PowerJack card supporter with it.

Also the card has been slightly modified, but those are strictly visual changes. First is the BIOS switch moved to the middle of the bracket (was on the left side). Then there is a missing portion of the cooler on the right side (seems it was too long). Also the fans  are now full black, not red/black as shown at Computex. Moreover, two fans have been resized by at least 10mm (more heat then). I can’t see any other differences (but I expect some changes to the PCB).

And finally, we have some price tag. According to the source, card will cost between $899 and $999, which I think is too much. But it’s worth to mention that there will be only 500 units available, so it might be a good deal for collectors.

What do you think, was the decision about not releasing any reference card a good move?