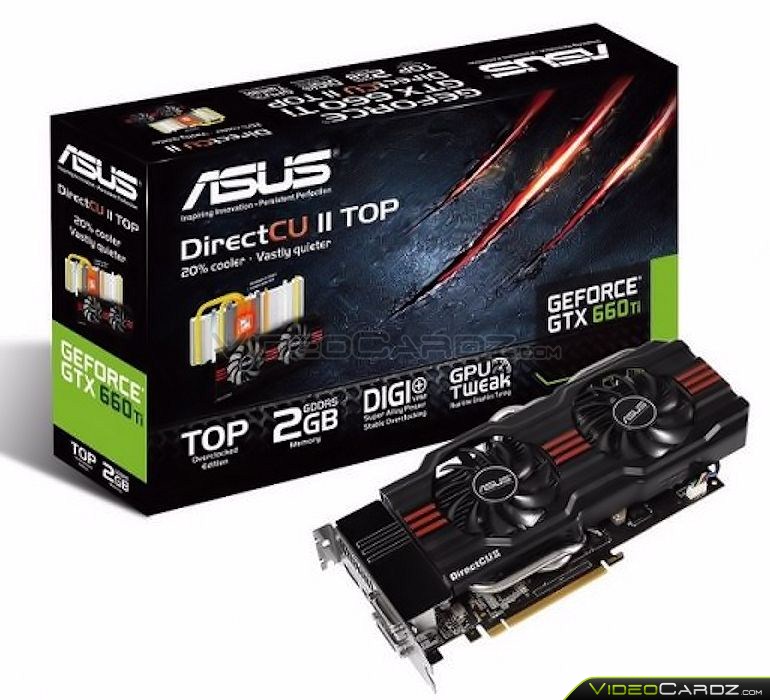 ASUS is preparing four cards based on GeForce GTX 660 Ti. The TOP model is their fastest  out of the pack.

ASUS GeForce GTX 660Ti DirectCU II TOP is nothing else than GTX 670 DC2 card with a new GK104-300-KD-A2 GPU. From the visual side it seems that it’s identical, however there might be some changes to the PCB. The main difference between GTX 660 Ti and GTX 670 TOP cards is a missing backplate for the slower card.

Card is featuring standard 2GB of GDDR5 memory with 192-bit memory interface. On the top of that, this is the fastest GeForce GTX 660 Ti which I have knowledge about. ASUS GTX660Ti TOP will arrive with a base clock of 1059 MHz and boost clock of 1137 MHz, which means card is overclocked almost 16% faster than reference models. Memory clock was not changed and left at 1502 MHz.

ASUS claims that DirectCU II cooling solution will provide up 20% lower temperature than reference cooler. If you are wondering about details of DirectCU2 cooling then follow to this ASUS microsite. 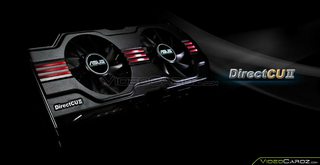