Today a picture of a box containing a reference GeForce GTX 660 Ti has been spotted at Best Buy. Meaning it’s already available for sale.

It seems that the official release date of August 16th may not work at all, since one of the best suppliers of NVIDIA’s cards is already offering them on the shelves.

Picture shows a pure reference graphics card from NVIDIA, so we are 100% sure that GeForce GTX 660 Ti will feature 2GB GDDR5 memory. Also the official MSRP is $299, slightly higher than Radeon’s HD 7870. 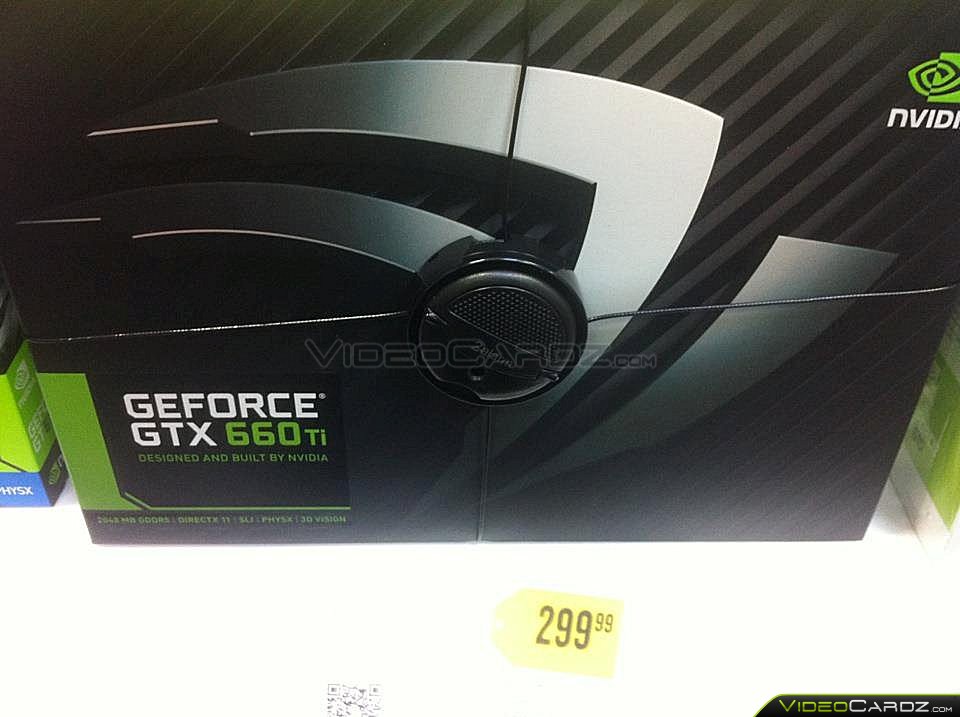