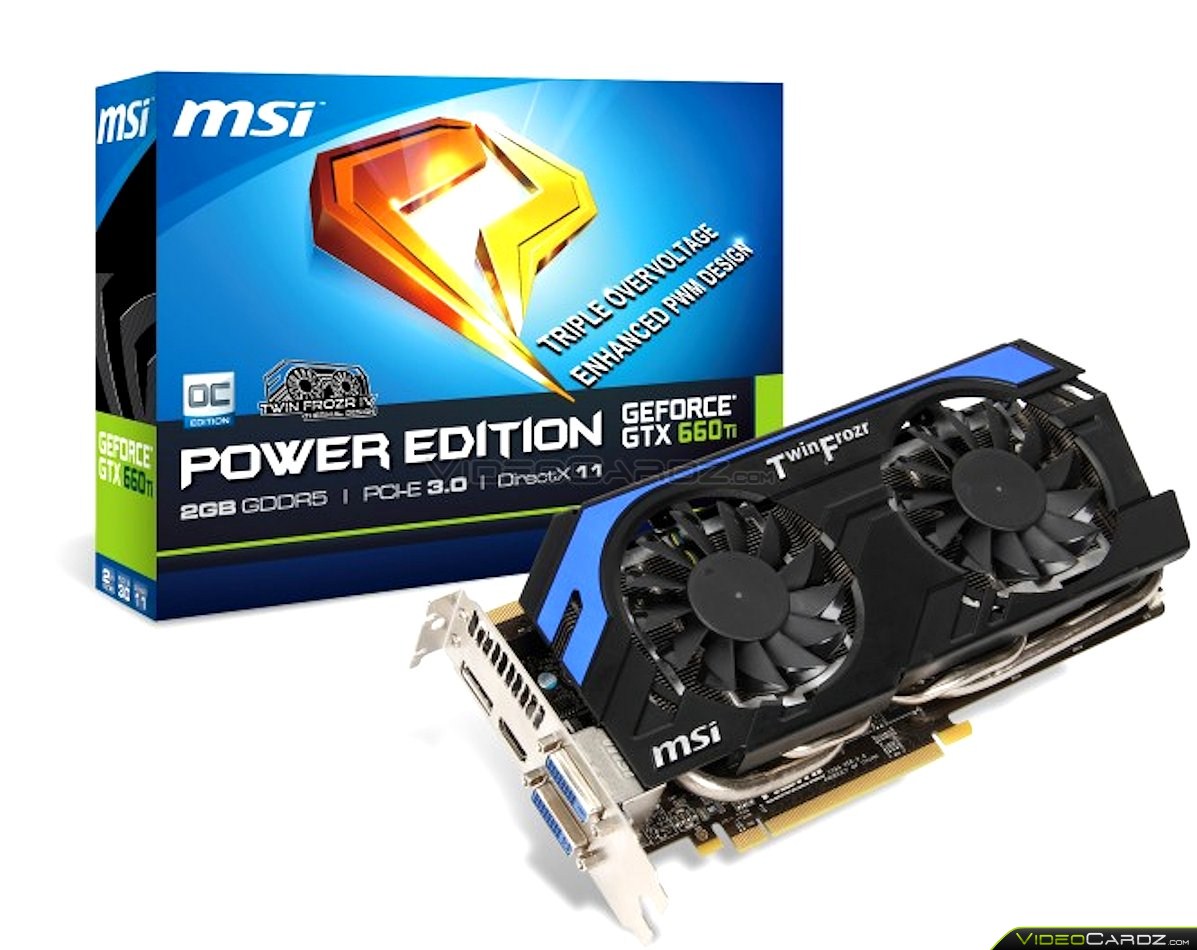 As a confirmation, that the pictures leaked in earlier post did not show Hawk Edition but this Power Edition model, there are clock speeds revealed. Card has a base clock of 1019MHz, boost clock of 1097MHz and memory left at reference speed 6GHz. The interesting fact is cards TDP of 190W, while reference require only 150W.  GTX 660 Ti is equipped with 2048MB GDDR5 memory by default, which operates on 192-bit interface.

Also the picture confirms that GTX 660 Ti has 2GB of memory, not 3GB as shown in GPU-z screenshot.

MSI GTX 660 Ti PE is equipped with two DVI’s one HDMI and DisplayPort. 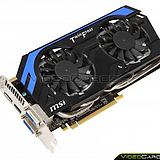 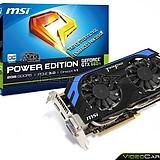 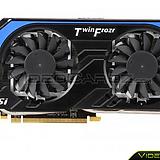 Update:
Full specs and details leaks out. Card is available for €330.

Power Edition
Triple OverVoltage: adjust the voltage of the GPU, memory and PLL to unlock the potential of the graphics card.
Enhanced PWM Design: provide greater capacity and better overclocking stability of the peak load.