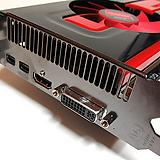 HT4U had an opportunity to test the new 900 MHz version of Radeon HD 7750. The card appears to be almost identical to current HD 7770.

When the first iteration of HD 7750 war released it featured a single-slot design. Some of the manufacturers followed with this small cooler. Others, actually most of them, released a dual-slot coolers for this card. What is worth mentioning, there are also a low-profile HD 7750’s. But that may change a little, since the reference 900 MHz version of this card is already larger than any current HD 7750 model.

As described by HT4U, the new reference design is almost identical to Radeon HD 7770. There are few differences though. The power section has been changed and now features three-phases, while the first version had only two. Memory power section still uses only one phase power design. In overall, it’s just the Radeon HD 7770 with less components.

The cooler is taken straight from HD 7770 and it only  features one aluminum heatsink, there are no heatpipes and vapor chambers with this card – there is no need for that. The cooler will likely be changed by the AIB partners, so it doesn’t really matter how it looks.

Anyway, how does this new verion performs? That depends on the game. The increase of performance is oscillating from 10 to 15%, while in some games it’s even faster than HD 7770 – interesting. But still, this absolutely not a gaming card – with 1680×1050 resolution it provides a framerate of around 25-30fps in most games, which would be acceptable for consoles, or for the newest Need For Speed (30fps cap), but for real gamers this is not sufficient enough. There are better cards like GTX 560 Ti or even GTX 460. 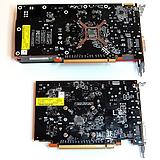 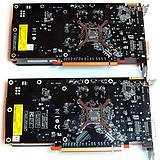 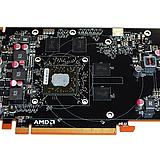 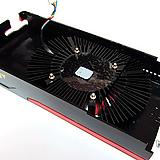 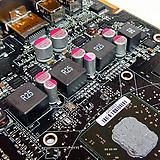 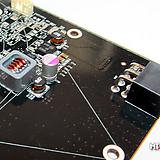