Although, not much of the new information comes with this post, we may assume that finally and without any doubt, card is featuring 2GB GDDR5 memory. This probably ends any speculation that was floating around the web regarding what memory would this card use in retail version.

ASUS GeForce GTX 660 Ti DirectCU II is listed for 3357 SEK. If we compare this price to the price of ASUS DC2 GTX 670 in the same store and prices on Newegg, then we are facing a MSRP of $390 (for this custom designed model). The interesting part is that this GTX 660 Ti card is listed for higher price than Gigabyte’s GTX 670 OC ($70 more). The final conclusion would be that the reference card could cost $350. But earlier rumors said that it should not exceed $300, so I find this Swedish price misleading – we have to wait for US listings to be sure.

Nothing new came up today about specifications, but as those are almost commonly known and there is not much room for speculation then we should expect a GK104 based graphics card with 1344 CUDA cores. The GTX 660 Ti has reduced number of ROPs to 24 (in comparison to GTX 670’s 32). Performance oscillates around Radeon HD 7950’s and HD 7970’s, with 10% less power than GeForce GTX 670.

The stores claim that GeForce GTX 660 Ti will be available on August 14th, that’s two days before alleged launch. 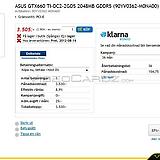 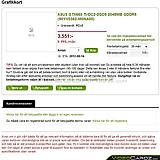 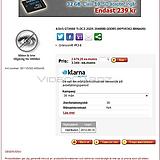 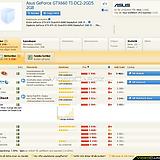