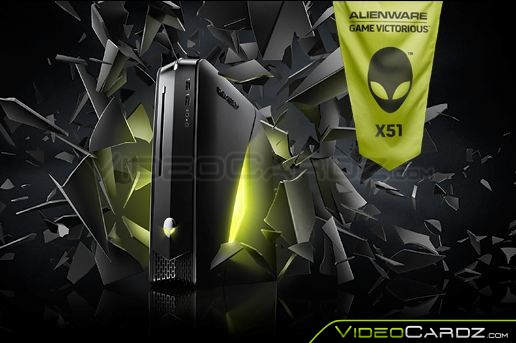 Almost two months ago we discovered that ACER Predator G3620 will feature NVIDIA GeForce GTX 660 graphics card in one of its variants. This information was quickly taken down by ACER, when they found out that it shouldn’t be revealed at that time. But since we are closer to official release of this card, the listings including this and also a new DELL gaming desktop are appearing again.

This information is somewhat straight from ACER, so it should be 100% valid, just as it was two months ago. But then we only knew that card would use 1.5 GB of memory. Now we also have the confirmation that this specific model will require two 6-pin power connectors. Card will be equipped with all range of display outputs including DVI, HDMI and DisplayPort.

Also a new gaming PC from DELL, that will also feature GTX 660, has appeared on german website. This gaming rig is featuring the newest Ivy Bridge processor, 8GB of DDR3 memory, 1TB of hard drive and optional Blu-ray drive. Anyway here are its specs.

As you’ve probably noticed, listing says it will have 1GB of memory. This might be only a typo, or wrong information, but nonetheless, it’s interesting and MAY indicate that there’s also 1GB version of GeForce GTX 660.

And here’s another interesting thing, ACER G3620 with GTX 660 is already available for purchase. German store has very detailed listing (as shown below) with the availability marked as “in stock”. Maybe if I had $1.099 I would buy it and tell you if this is a real deal.

What it all means is that we will almost certainly see both GeForce GTX 660 cards on August 16th.

The specification of GeForce GTX 660 (non-Ti)

And here are the listings 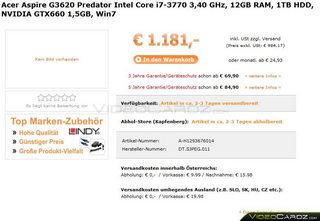 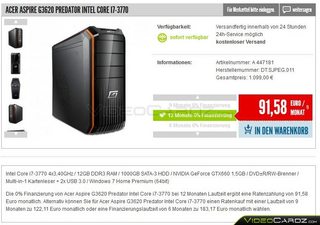 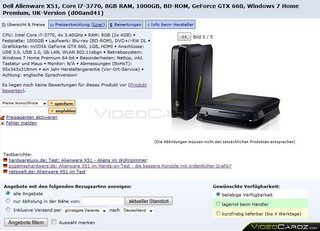 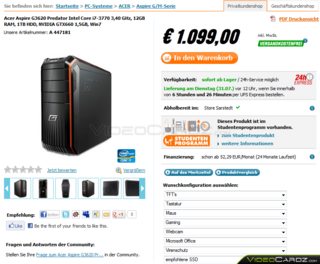