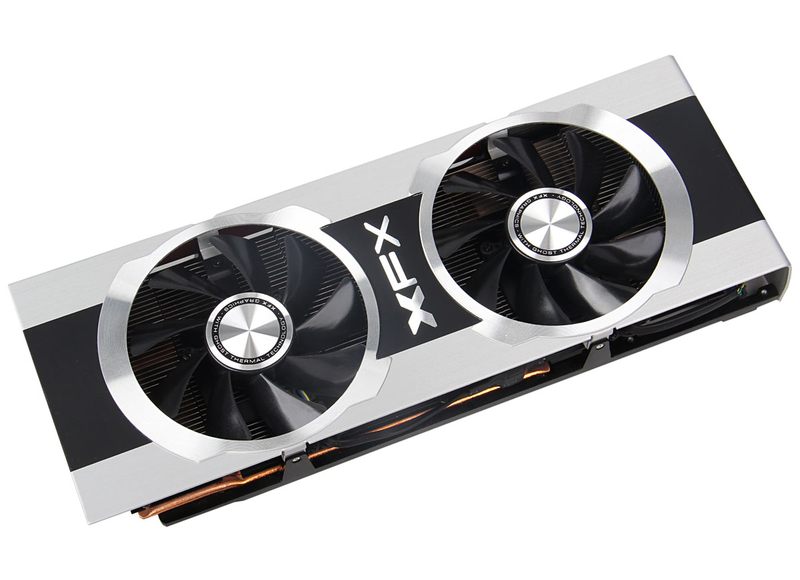 XFX is currently working on new Radeon HD 7970 with Tahiti XT2 GPU, which is basically a GHz Edition of their top model.

XFX R7970 GHz Edition codenamed FX-797G-TDF GHz is featuring a factory-overclocked clocks to 1000/1050/6000 MHz for base, boost and memory respectively. These are the reference clocks for all GHz cards. Card is powered by more matured GPU called Tahiti XT2, which increases overclocking potential to a higher level. While first iteration of Tahiti XT could reach 1250 MHz, those can work with 1300 MHz without a problem. This however comes with a higher power consumption, but someone who chooses Radeon HD 7970 surely don’t care about TDP.

XFX’s graphics cards from HD 7000 series all look the same, this is a Double Dissipation cooling system with two 90mm fans. It does look very neat I must say. A brushed metal plate is covering a large aluminum heatsink — a vapor chamber.

This model requires both 6-pin and 8-pin power connectors. It looks like the only visual diffence between this and actual R7970 are display outputs – the new model is missing one DVI connector, while a current model has two such outputs.

Card is not yet released, but it should arrive in about two weeks. 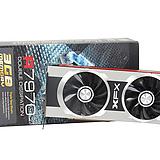 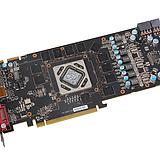 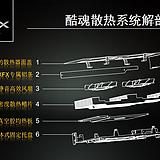