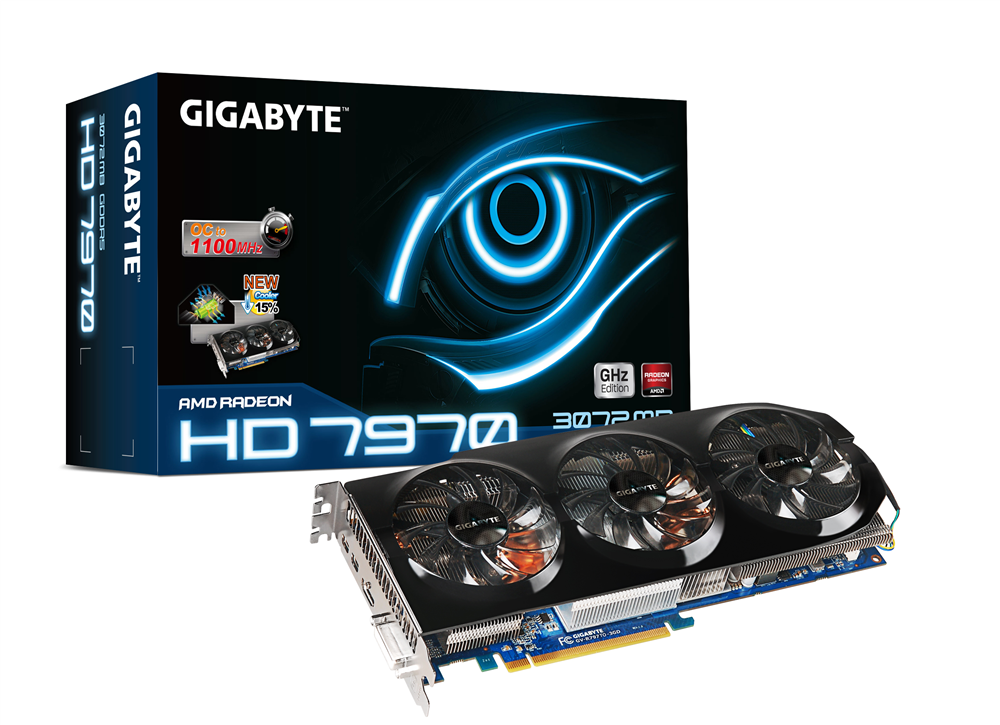 Gigabyte has quietly added new Radeon HD 7970 OC to its lineup. Card is listed as GHz Edition model, that makes it the second model on the market powered by this GPU.

Gigabyte GV-R797TO-3GD is in fact a refreshed model of GV-R797OC-3GD. Changes are narrowed only to the new features coming with the ‘new’ Tahiti XT2 GPU. Model has a base clock of 1100 MHz and effective memory clock of 6000 MHz (that’s 100MHz and 500 MHz more than non-GHz model respectively).

The last noticeable change in specification is power consumption. Strictly speaking, Tahiti XT2 is just an overclocked Tahiti XT, so it has a higher TDP. Therefore Gigabyte claims that this card requires at least 600W power supply.

Besides that new model is no different. It still features WindForce 3X cooling solution along with ultra durable components. There is also an updated OC GURU II overclocking tool for this card. 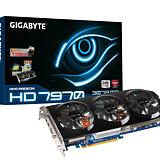 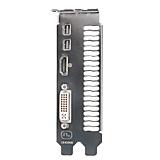