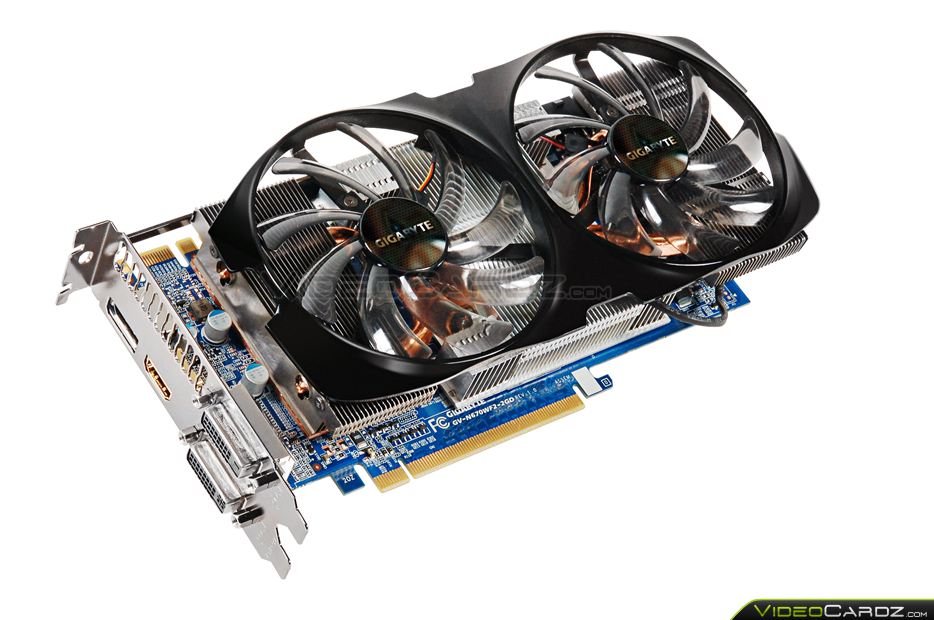 Gigabyte launches a new ‘castrated’ version of GeForce GTX 670 graphics card with a dual-fan WindForce 2X cooling. So here we are the first to report the existence of a new model.

A Taiwanese company has added a new variant of GeForce GTX 670 to its lineup. Gigabyte has already a GeForce GTX 670 OC with WindForce 3X. Now they added a new model with two fans, also known as WindForce 2X cooling solution, which is quite similar to the one on GTX 550 Ti. It has two 100mm fans covering the heatsinks with copper heatpipes. Besides the new cooler, there are no noticeable differences in comparison to WindForce 3X model, so this looks like a cheaper variant.

It does however come with new clocks. Base core clock was set to 941 MHz and boost clock to 1019 MHz. Memory clock was not changed and has the effective speed of 6 GHz. Card has the same modified (copied) board from GTX 680. When we get into details though, we learn that new model is 10mm shorter and 1mm thinner than 670OC version.

As for the features, card is equipped with Ultra Durable VGA components. Gigabyte claims that the upgraded double copper layer PCB can reduce the GPU temperature by 5 to 10%. This also increases the overclocking capability. 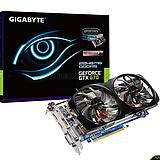 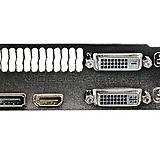