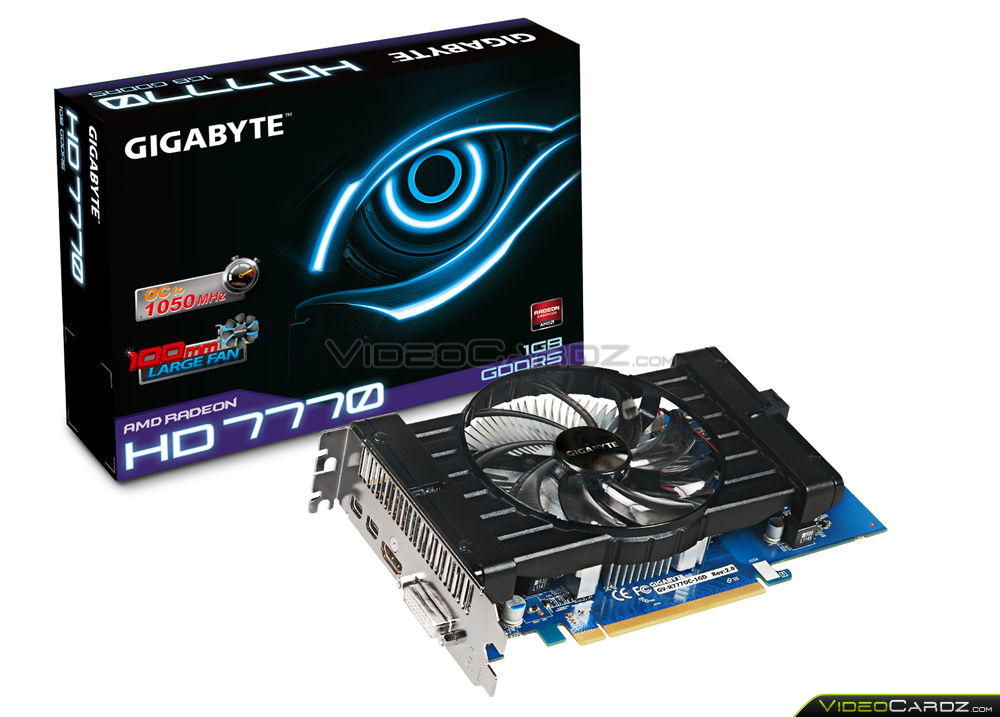 Even though this is a new revision, it actually comes with a lower clocks. New model is set to 1050/4500 MHz for core and memory clocks respectively. First revision was clocked at 1100/5000 MHz. There are no other changes to the card besides the clocks. In order to distinguish these two revisions, you will have to look at the box, while it points out whether it is a 1100 or 1050 MHz model (or look at the sticker on the PCB). It’s quite interesting that the company decided to decrease the clocks with the new revision, was the cooling system not powerful enough? Or the GPU couldn’t handle such speeds?

Gigabyte GV-HD770-OC is equipped with 1GB of GDDR5 memory. It has a standard 128-bit interface. Card is featuring four display outputs, including two mini DisplayPorts. First revision is available for around $120 and there shouldn’t be any change to it’s price. 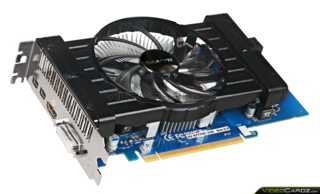