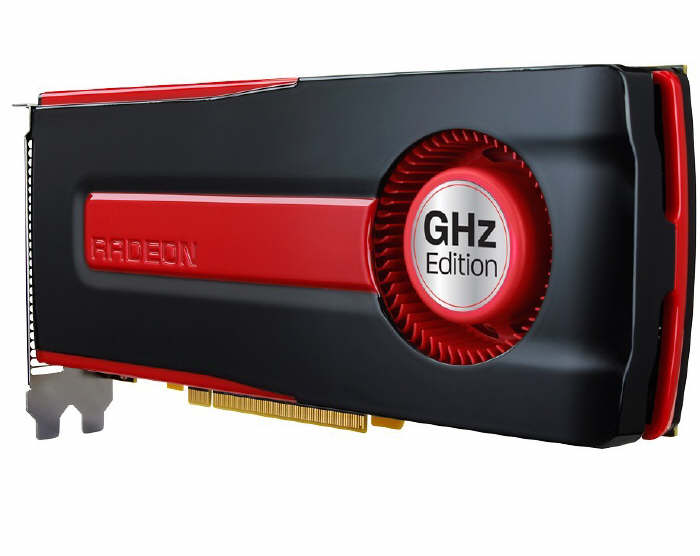 Yesterday, a GPU industry has warmly welcomed a refreshed Tahiti XT2 chip with Radeon HD 7970 GHz Edition launch. Supposedly, card was to offer better overclocking potential, through better stability at higher voltages and therefore, allowing to set increased clocks. So did the company managed to fill the gap to GTX 680’s performance?

Most of the reviews are very positive about this card. The GHz Edition is offering similar performance to GeForce GTX 680, only with slightly higher power consumption. AMD has also implemented a new feature called Boost, which is basically the auto-scaled GPU clock. It’s worth mentioning that it’s not very useful feature, for instance, at a default clock set to 1200 MHz, Boost remains at 1050 MHz. So there is not much room for Boost to be manually manipulated (while it depends on TDP and GPU usage).

Before I present to you how did Radeon HD 7970 GHz perform in comparison to half-year old original Radeon HD 7970, take a look at the specs.

AMD did a great job at preparing their refreshed Radeon HD 7970. The new Tahiti XT2 GPU can now be overclocked to an average 1175 MHz, which 7% higher than its original version. Also memory seems to be handling new clock speeds quite well, with the average 1624 MHz (5% better). So yes, card is a very good solution for high-end setups, but it’s up to you to decide whether you need highly overclockable card (Radeon HD 7970 is on the top positions in almost every benchmark record), or just the GeForce GTX 680, which is not that power hungry as AMD’s card.

Both cards are now offered at similar price. The only problem is the availability of the GTX 680, but NVIDIA has still few weeks before GHz Edition officially launches in stores.