This new driver is surely worth downloading. Not only does it fix one of the most annoying issue with GeForce 600 cards, but also add great performance improvement to numerous games.

NVIDIA is so proud of their newest drivers, that they even prepared a special charts, to compare the performance with earlier version. Company claims it will give you 18% boost in some titles.

Additionally, GeForce 304.48 driver also fixes an issue with some factory-overclocked cards, which were down-clocked by the driver.

Take a look at those charts to decide whether you need those additional frames per second. 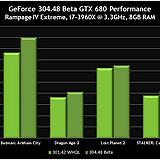 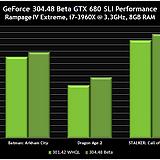 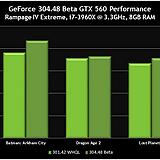 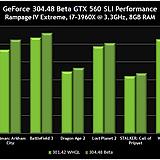 Performance Boost – Increases performance for GeForce 400/500/600 Series GPUs in several PC games vs. GeForce 301.42 WHQL-certified drivers. Results will vary depending on your GPU and system configuration: