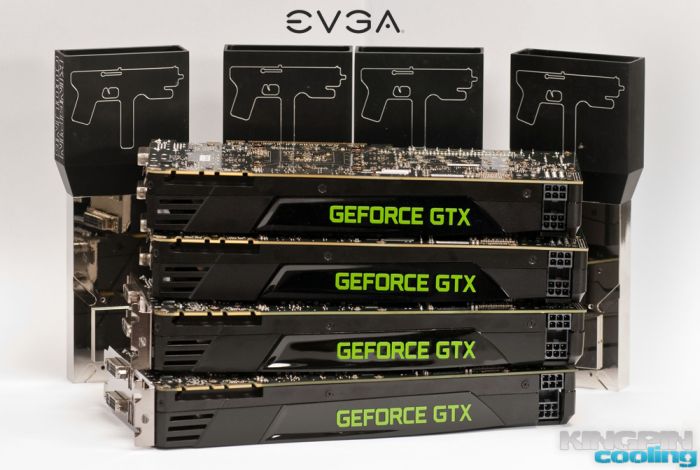 Yes, you read that right. Hartware.net reports, that one of the NVIDIA’s AIB partner has prepared a new graphics card with four Kepler GPUs.

According to the source, one of the manufacturers has demonstrated behind closed doors during Computex, some mysterious card. This particular model would be powered by four GK104 GPUs, which is twice as many as the number of GPUs in GeForce GTX 690.

Hartware.net claims that this quad-gpu card would require 600 to 800 Watts. As the source further reports, manufacturer is doing it’s best to keep the Wattage as low as possible. This would obviously require some limitations to the clocks, which were not yet determined. 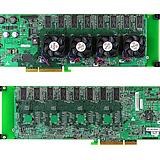 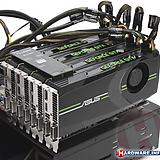 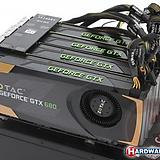 While, this all sounds crazy and unbelievable, GPU history know such cards. Back in 2000, 3Dfx announced Voodoo 5 6000, which was also featuring four GPUs. Unfortunately, it was never released and there were at most 150 of them produced (while about 30 were actually working). You probably wonder how much would such quad-GK104 card cost? Probably around $2000, but that’s nothing compared to those 3Dfx cards now, what you can see in this video is probably worth more than some good car.

Is there any truth in this rumor? Probably yes, but we don’t expect to see this card any soon. Even if the source is right, and there was even a demonstration of the prototype, such card would likely be released in a very limited quantity. It’s more like a competition between manufacturers — “look we have the most powerful card now!”. Just take a look at Gigabyte’s GTX 680 SOC which is featuring WindForce 5X cooling. Card is only shown at numerous events for like a month now, not to mention company has not even revealed it’s final clocks.

What do you think, is there a need for such card? If you were a wealthy PC enthusiast, would you buy one?