Retail GeForce GT 640 To Be Released At Computex 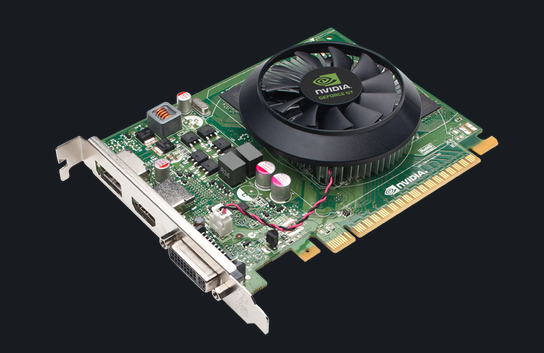 Although NVIDIA has already launched GeForce GT 640 cards, which were offered for an OEM market, it seems that it will also be released as a retail product . Company is preparing another three variants of this graphics card, which are probably the same as those produced for OEMs.


All three variants will arrive on 5th June at Computex in Taipei. Even though all models of GT 640 will be quite cheap, they differ in price and specs, providing slightly different performance. According to specs provided by KitGuru, those card are likely the same cards offered for OEM market, which are now coming to retail.

One of them is low-profile, other are full width. Card have different memory clocks, types, interfaces and size. They also differ in CUDA cores count. You can check detailed specs in the following table (these are the OEM cards). KitGuru claims that there’s a possibility of the card with four display outputs, so some manufacturers may release this card as a dual-slot solution.