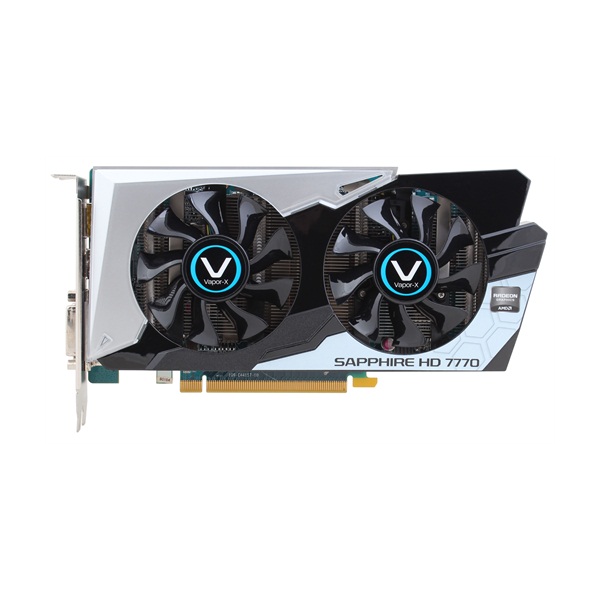 SAPPHIRE Technology has just introduced a new model in the successful HD 7000 series. The SAPPHIRE HD 7770 Vapor-X OC Edition is the first card based on the revolutionary new graphics GCN (Graphics Core Next) architecture from AMD to feature the SAPPHIRE exclusive and world acclaimed Vapor-X* cooling technology.

The SAPPHIRE HD 7770 Vapor-X OC Edition is the first card in this generation to use the SAPPHIRE exclusive implementation of Vapor chamber cooling technology. Previous products with Vapor-X have received world wide acclaim for delivering very efficient cooling that allows the card to run at higher speeds but with very low noise levels. Based on the latest GPU technology from AMD, the SAPPHIRE HD 7770 Vapor-X OC Edition has 1GB of the latest DDR5 memory, and is factory overclocked with core clocks of 1100MHz and memory clocks of 1300MHz (5.2 GB/s effective) to deliver excellent performance. 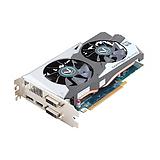 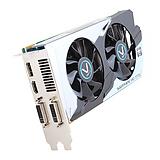 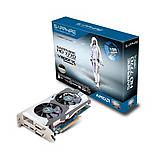 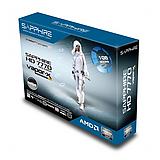 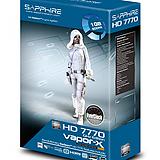 Working or gaming with multiple monitors is becoming increasingly popular, and the SAPPHIRE HD 7700 series supports this with AMD Eyefinity, now in its second generation. The SAPPHIRE HD 7770 Vapor-X OC Edition has two DVI ports (DVI-I and DVI-D), HDMI and a single DisplayPort output, supporting up to four monitors. In addition, the SAPPHIRE HD 7700 series cards can output multiple, independent audio streams allowing the correct audio content to be associated with different applications on different screens.

HDMI specifications have increased in the HD 7000 series. Fast HDMI 1.4a supports Stereoscopic 3D with enhanced frame rates of 60Hz per eye – 120Hz total. It is also ready for the next generation of 4K displays that can be driven from a single high speed input of 3GHz HDMI 1.4a or DisplayPort 1.2 HBR2.

The HD 7000 series is the third generation of DirectX 11 compatible solutions from the graphics division of AMD – formerly ATI. The new SAPPHIRE HD 7700 series is ready for DirectX 11.1 and the new Windows 8 operating system as well as delivering all the features of the current DirectX 11 such as DirectCompute11 and multi threaded communications with the CPU. Communication with the host PC is optimised with the implementation of the latest high speed PCI-Express Gen3.0 interface, and multiple cards can be used to further enhance performance in CrossFireX mode on a suitably specified mainboard.

SAPPHIRE Technology was the first company to implement cooling for PC graphics cards based on Vapor Chamber Technology and has now implemented it in several successful product series. SAPPHIRE’s Vapor-X cooler technology was first introduced in 2007 with its HD 3870 ATOMIC Edition graphics card and then rolled out to the global market with the successful HD 3870 and HD 4870 TOXIC Editions and the Vapor-X series.

Vapor-X cooling has been widely available on a number of highly successful TOXIC Edition and Vapor-X models in the HD 5000 and HD 6000 series for the global market. Now this extreme and exclusive cooling technology has also been introduced on new products in the HD 7000 series.

Note* – Vapor-X® is a registered trademark of SAPPHIRE Technology LTD and is SAPPHIRE’s exclusive name for this technology – no-one else can use it.