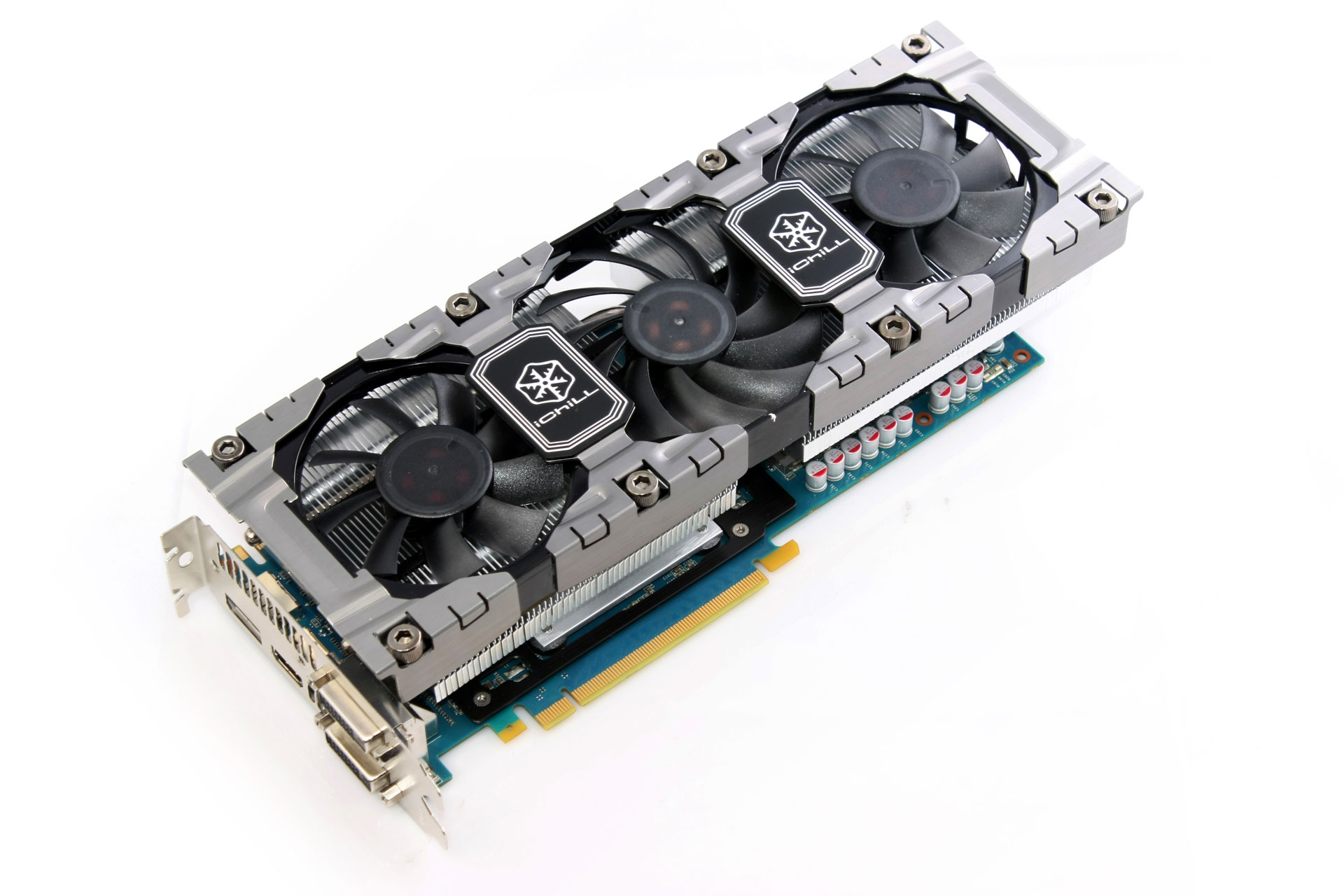 Innovision (Inno3D) has released brand new GeForce GTX 670 card, one of the most powerful from all GTX 670’s around.

Before the official launch only two cards made a good impression to the public — Gigabytes’ GTX 670 OC WindForce 3X and obviously this card. Inno3D GTX 670 Ice Dragon is one of the longest cards (29cm) from whole GTX 670 pack. This model is following GeForce GTX 500 iChill Series, by featuring triple-fan HerculeZ 3000 cooling solution with five heatpipes.. It’s packed with 1344 CUDA cores and 2GB of GDDR5 memory. Card has non-reference clocks of 1020/1100/6200 MHz for base core, boost core and memory respectively.

The GTX 670 Ice Dragon card is based on enhanced version of public P2002 PCB from GTX 680 video card. Card is requiring 8+6 pin power connectors by default, which power 5+2 Phase VRM.

According to Inno3D card will be available for the price comparable to GTX 680 models, but offering much more overclocking capabilities. Here are some benchmarks released by Inno3D itself and pictures that can be found of Chiphell forums.