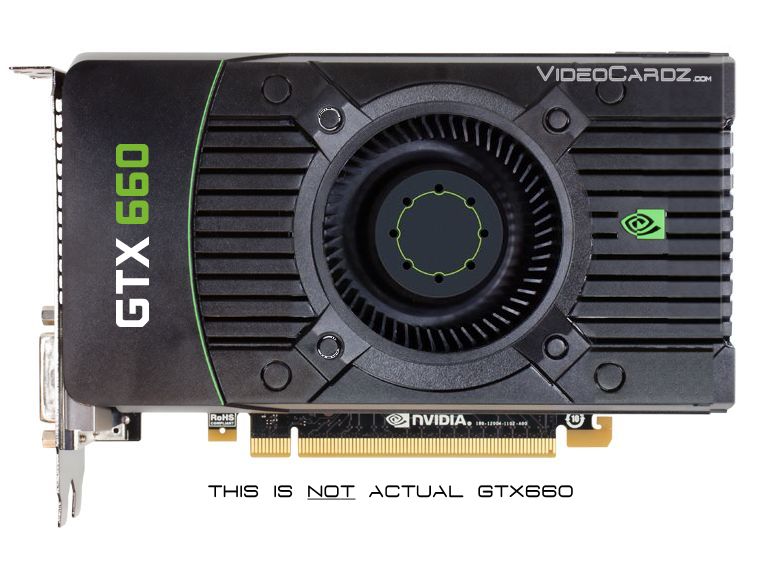 It seems that the rumors regarding the price of mid-range GeForce GTX 660 card, reported back in January, are true after all. According to OBR-Hardware GTX 660 is coming soon for at least $299.

GeForce GTX 660 will likely be the first card based on brand new Kepler GK106 chip. First leaks said that it will hold up to 768 CUDA cores gathered in 4 SMX clusters (architecture may actually be different from GK104). But if the architecture is similar to high-end GK104 chip then it would hold 64 texture mapping units (TMUs) and 24 raster operating units (ROPs). This would be the card equipped with 1536 or 2048 MB of GDDR5 memory. GTX 660 will also have slightly shorter memory interface of 192-bit. It would consume around 130 Watts, from PCI-E slot and one 6-pin connector.

As for the PCB of this card. It’s possible that the same board from GTX 670 card will be used. NVIDIA did some calculations and find this much cheaper than designing a new one. That PCB is already short, so the only modification we are expecting is to the power connectors count.

SemiAccurate reported back in January that first mid-range card from GeForce 600 Series would cost around $299, and this seems to find confirmation in OBR post, who suggests that it will be available for $299 to $329.

If this is indeed the real price of this card then we should expect another high performance GPU. We all know what a great mistake did NVIDIA make by releasing GTX 670 card, which is almost as fast as GTX 680 card (some units are even faster). However, this mid-range product will surely not reach a performance of GTX 670, but most likely outperform Radeon HD 7870 which is available for $339.

Picture presents only my interpretation of how it may look.