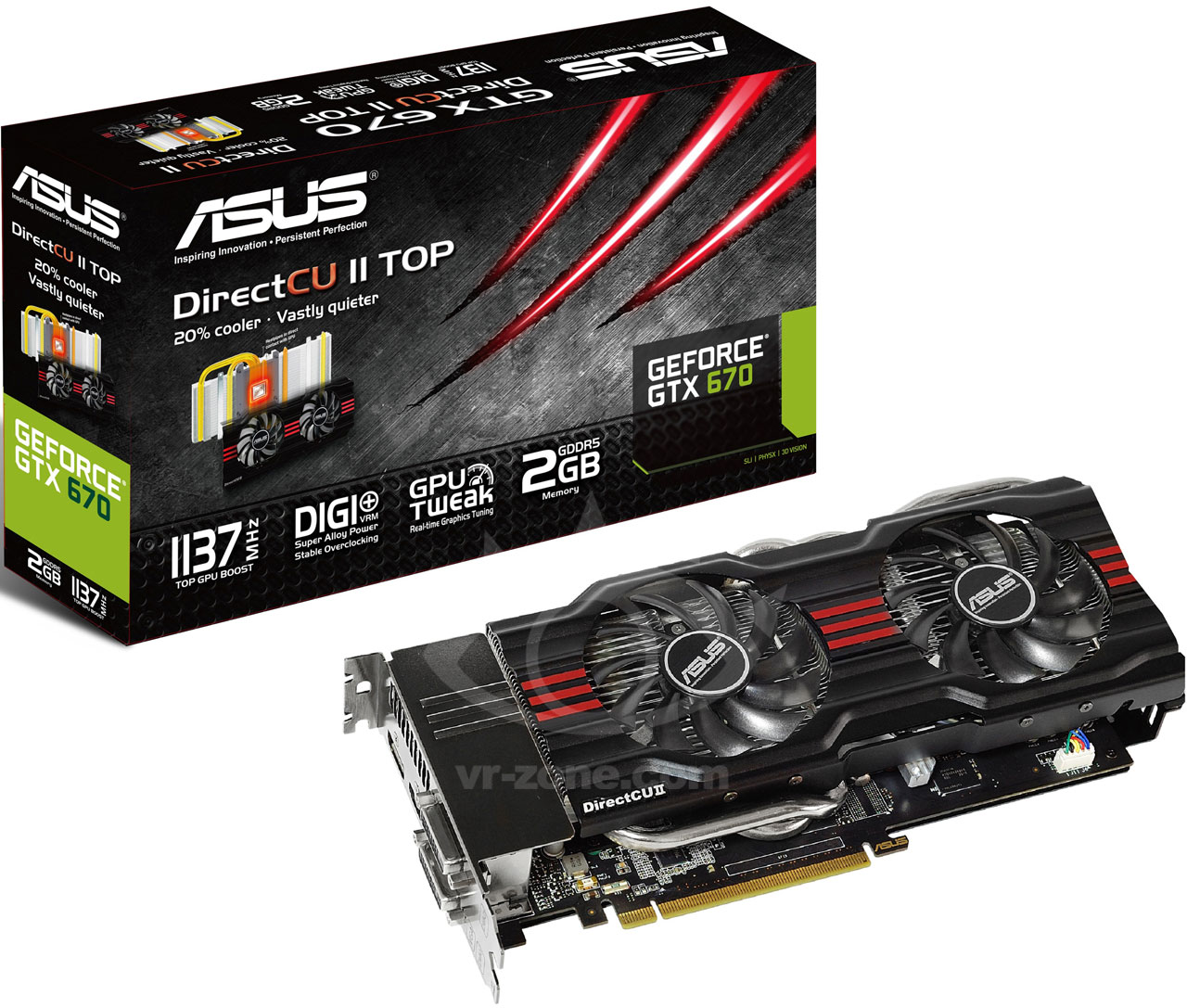 ASUS added another cards to the lineup of GTX 670s. Those models are equipped with DirectCU II cooler which is known as a very efficient solution, decreasing noise level by 20% (in comparison to stock cooler).

There are two versions of this model, both feature non-reference PCB and cooling designed by ASUS, but the TOP model is factory-overclocked. More to that, board is designed with Digi+ VRM to improve overclocking potential.

ASUS GTX 670 DirectCU II TOP has a boost clock of 1137 MHz and a reference effective memory clock of 6008 MHz. Cards are coming with 2GB of GDDR5 memory.

According to Overclockers.co.uk those cards may not be available on May 10th, which is a release date for GTX 670 graphics card. 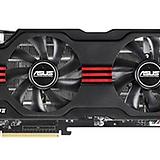 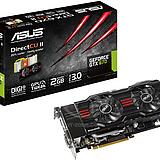