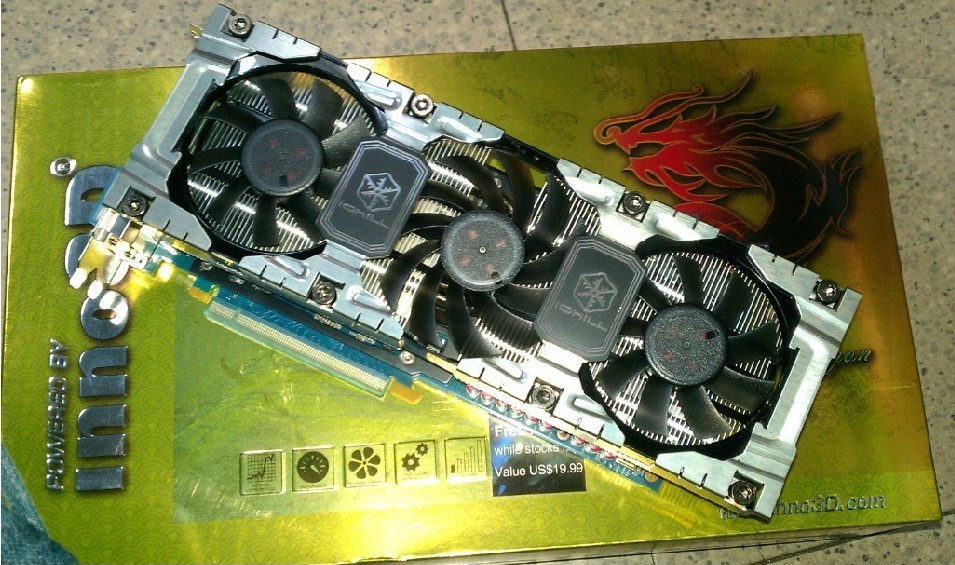 Upcoming GTX 670 model from Inno3D company has been pictured and is ready for release. Card is likely based on the similar PCB as highly expected model from Gigabyte GTX 670 OC version. Such boards are known for a great overclocking potential.

Inno3D GTX 670 iChill ICE DRAGON Edition is set to 1020 MHz base clock, while memory is clocked at 6200 effective MHz. A released picture suggest that card can be easily overclocked to 1137 MHz.

Card is equipped with highly efficient cooling solution with triple fans (92/80mm). Cooler shroud is covering large array of 120 aluminum fins, which are connected by five heatpipes to the GPU. It is reported that this cooling solution will sustain temperature of 62C under full load.

Although a reference PCB is quite short, this model features similar board to Gigabyte’s GTX 670 OC edition, which was likely used straight from GTX 680 model. Those boards are designed with better components than reference short PCB and that improves future overclocking potential. Card’s length was measured to 30 cm.

According to the source, card is equipped with 8+6pin power connectors, and is already available in China for $490. 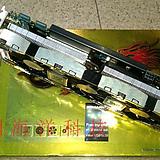 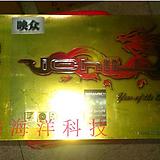 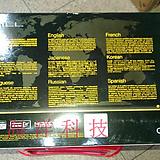 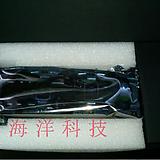 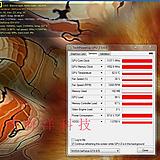