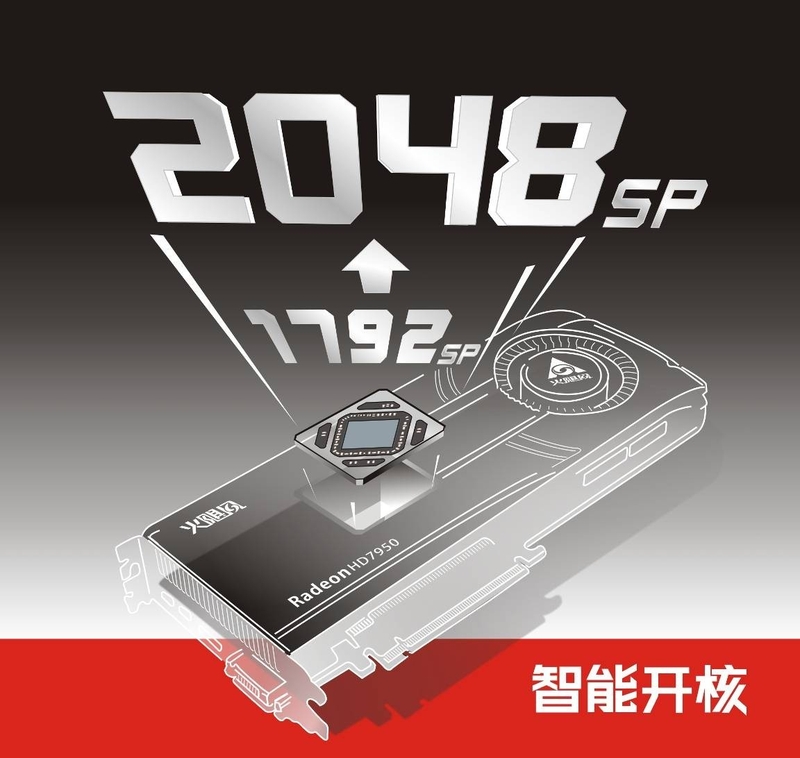 The AMD Radeon HD 7950 is a card based on Tahiti Pro chip, which performs around 15% worse than Tahiti XT from HD 7970 card. One of the Chinese manufacturers has released a version of 7950 with a 256 Stream processors disabled, but not permanently.

A rough translation suggest that this model is named A795 Fire Hurricane, but this card is not the same as reference card sold worldwide, it has better components and is also equipped with 6+8pin power connectors (just like 7970). According to the source, this card is also featuring 5+1 phase PWM.

A795 has been flashed with 7970 BIOS file. Modification process in pictures (if you are interested in the whole process, which is explained step by step, visit the source link):

GPU-Z Before and after modification: 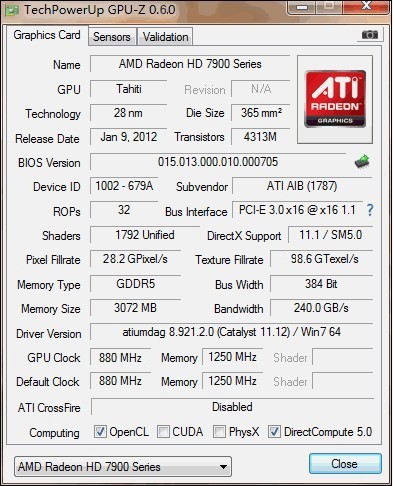 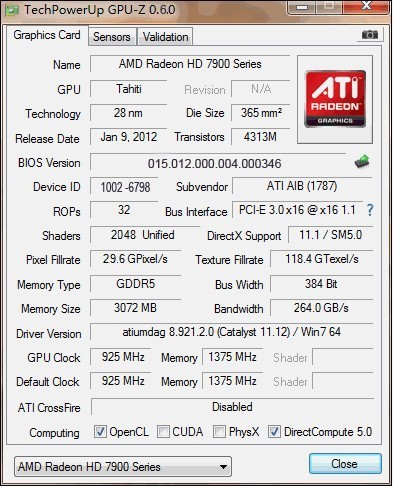 As we can see this BIOS flashing modification has increased, therefore unlocked, 256 missing stream processors. But, as this might only be an error in GPU-Z, they tested the card in some benchmarks. They used the AMD A8-3870K processor, with 4GB of DDR3 memory for this.

There is only one explanation of such a huge performance increase – those stream processors were successfully unlocked. But they didn’t stop at this point, if this is indeed a full Tahiti XT chip, then it should have the same overclocking potential, well it appears it has. Card is easily overclockable to 1125 MHz for core and 1575 MHz for memory. We may called this a true 7970 card. It actually hard to understand if this was previously a 7970 card, and manufacturer decided to disable those CUs, or as he claims, this card is designed for overclockers and gamers, who obviously know how to mod graphics cards. It’s clearly equipped with most of the 7970 stuff, including components, power connectors and so on.

Unfortunately, this card was built for Chinese market only, so you may find it hard to order one of these.