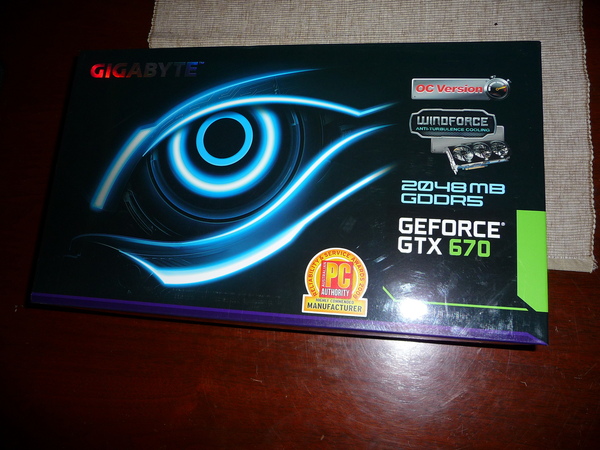 TweakTown’s review revealed real performance of GeForce GTX 670, which performed slightly below GTX 680. What about factory-overclocked GTX 670, which happens to  boost a core clock beyond overclocking capabilities of GTX 680?

A member of the Overclock.net forums Martyr82 has bought Gigabyte’s GTX 670 OC Edition (the one with WindForce 3X cooling) in some store in Australia. He provided full benchmarks results of various settings scenarios. GeForce GTX 670 is originally clocked at 915 MHz, while Gigabyte’s model has 980 MHz base clock. According to GPU-Z, it has boost clock of 1059 MHz, but this may not be the actual maximum clock. As he provided multiple benchmarks results, most of them were better than stock, and even slightly overclocked GTX 680. As he posted a real-time graph of clocks it revealed that card sets boost clock to 1202 MHz, which would be 287 MHz more than reference clock! What is more, Gigabyte GTX 670 OC card can be overclocked up to 1380 MHz — that’s the highest boost clock. There are actually two members reported, who bought the same card from the same store. The second card reaches maximum boost clock of 1335 MHz, so if we even consider that maximum clock is 1300 MHz, that would be something special.

UPDATE: It seems that this card can even reach a boost clock of 1400 MHz!

Member of Chinese forums, as reported by WCCFTech, reached a boost clock of 1401 MHz, here are the results:

As for 3DMark 11 in Performance Preset: