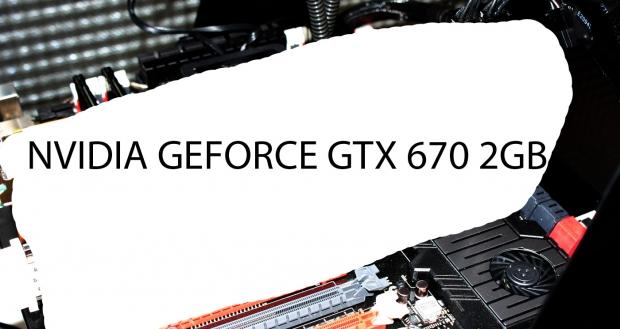 TweakTown has just posted full review of upcoming GeForce GTX 670, a card that will be released in 5 days!

It seems that TweakTown is not really in good relationship with NVIDIA, they had problems with contacting them, and receiving cards for tests. So this review may be considered as a payback.

TweakTown: My personal issues with NVIDIA and the issues that TweakTown on a whole have pushed right aside, the GEFORCE GTX 670 is just an awesome video card that is going to be a serious headache for AMD. The performance of the video card is really quite crazy and the fact that this is the second option for NVIDIA when it comes to single GPU video cards is bad for AMD when it has no issue competing with their strongest option; the HD 7970.

This is actually our second GEFORCE GTX 670 we have on hand as well, we’ve got a full retail option from someone that we’ll show you on the 10th when the model officially launches. The reference based design, though, is looking good for NVIDIA and could be a clear option for people who don’t want to spend big money.

Here’s a backup, in case they decide to remove this review: