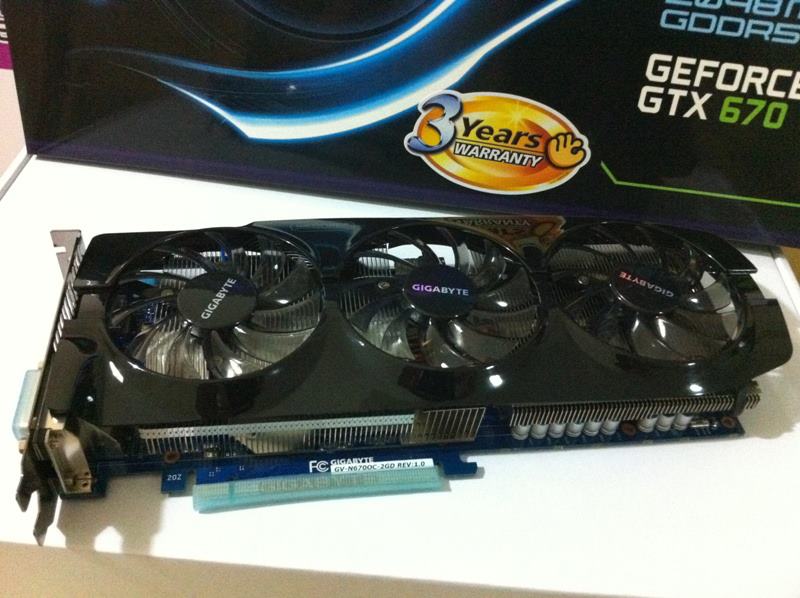 The GeForce GTX 670 graphics card from Gigabyte has been pictured, by the same company that leaked MSI GTX 670 OC pictures earlier.


It seems that this model is based on non-reference PCB, which is much longer than default one. It is equipped with large WindForce 3X cooling solution, which is made of aluminum radiator, three copper-plated heatpipes and three 92mm fans. Because this card is featuring factory-overclocked clocks, Gigabyte decided to equip this model with both 6-pin and 8-pin power connectors.

It offers reference 2GB of GDDR5 memory on 256-bit interface. Base clock was set to 980 MHz and memory to 1500 MHz. As reported earlier it features 1344 CUDA cores with a performance better than Radeon HD 7950.