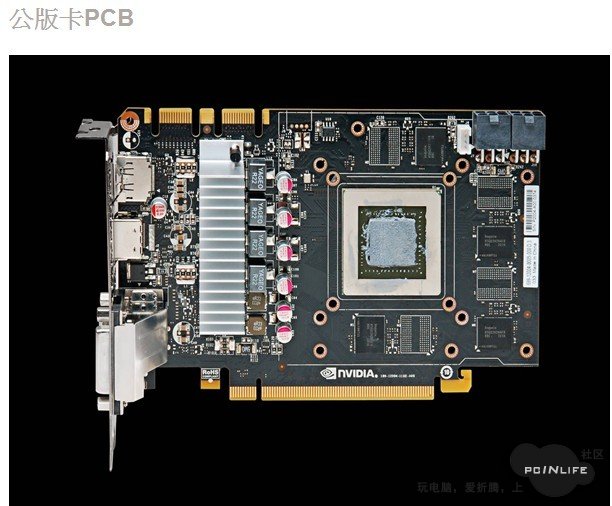 3DMark11, 3DMark Vantage and a picture of GeForce GTX 670 PCB have been leaked. According to those synthetic benchmarks GeForce GTX 670 has better performance than Radeon HD 7950.

UPDATE: Head on to this article for full review of GeForce GTX 670!

PCINLIFE has leaked two very important things – the alleged reference PCB of GTX 670 and its final performance in 3DMark benchmarks.

GeForce GTX 670 PCB is equipped with two 6-pin PEG connectors, 2GB of GDDR5 memory with 256-bit interface. Card is using 4 phase PWM section. The most interesting part are memory chips, we can clearly see empty slots, which basically means, we will see GeForce GTX 670 models with 4GB of memory soon.

GeForce GTX 670 has slightly worse performance than GTX 680, but thanks to large overclocking community this would be only a matter of time when this card reaches performance of their bigger brother. Card will likely be released on March 7th, with a price tag of $349 for reference model and $399 for a model with non-reference design and factory overclocking.