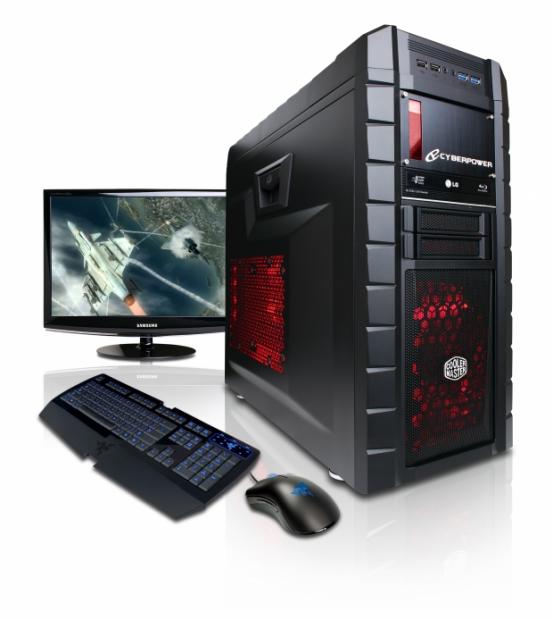 The cheapest system with GTX 690 on board is priced around $1700. CyberpowerPC has prepared a custom system for GTX 690 SLI configurations as well.

Powered by two Kepler GPUs, the GeForce GTX 690 is a record setter in 3D performance, incredibly power efficient, and possesses an awesome visual aesthetic with its metallic design to express the raw, uncompromising power of a dual-GPU Kepler based graphics card.

The GTX 690 has 3,072 NVIDIA CUDA cores running at a blazing 915MHz, with 2GB GDD5 RAM for each individual GPU. The GTX 690 delivers the performance of dual GTX 680s in SLI but with reduced power consumption and a little more serenity.

CyberpowerPC systems based on the GTX 690 ensures users the best gaming experience on all of the latest gaming titles at maximum quality settings. The card is also crammed with NVIDIA features such as FXAA, which eliminates jaggies and sustains smooth frame rates for flawless game play. To maximum the gaming experience, users can hook up three monitors and play games at 5760 x 1080, in NVIDIA Surround or NVIDIA 3D Vision Surround mode with the optional NVIDIA 3D Vision technology.

All systems are housed in gaming chassis from top-tier manufacturers that are designed to provide ample features and intelligent functionality with emphasis on advanced cooling, silent performance and extreme airflow. Every system is meticulously built with precise cable routing to ensure optimal airflow and a clean aesthetic appearance. CyberpowerPC loads every system with Microsoft Windows 7 Home Premium Operating System for an enhanced gaming and multimedia experience. All CyberpowerPC desktop gaming systems include an industry-best 3-year limited warranty.