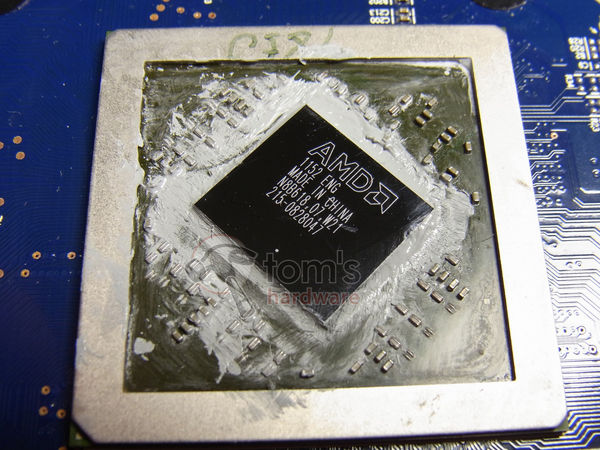 When Tom’s Hardware was testing one of the Radeon HD 7850 graphics cards, it turned out that it has noticeably worse performance than it should have. So they looked into GPU-Z…

They discovered that their unit of Radeon HD 7850 from AFOX has only 768 Stream processors, which is less than reference 1024. When they contacted AMD, they were told that a new iteration of Pitcairn chip is being shipped to some manufacturers, but in OEM channel. According to Tom’s Hardware this unit was obtained through retail channel, so someone has made a huge mistake or AFOX forgot to mention this is actually a cut-down chip they’re selling.

Tom’s crew had even tried flashing a BIOS from pure HD 7850 product, but that didn’t help either. So this is factory-disabled ‘feature’. As they suggest this may be a new variant of Pitcairn chip sold as Radeon HD 7830 graphics card.

AMD Shanghai became aware of our discovery of a Pitcairn chip with 768 shaders and made it clear that it did not want news spreading of a Radeon HD 7850 with only 768 shaders. To be clear, AFOX was just as surprised as everyone else to learn about this mystery chip. This PCB with this chip was produced at the beginning of the Radeon HD 7800-series’ production. It’s plausible that these 768 shader chips were indeed for validation due to supply considerations. Given the stir that this discovery has created, it’s safe to assume that this chip wasn’t intended to leave the engineering labs.