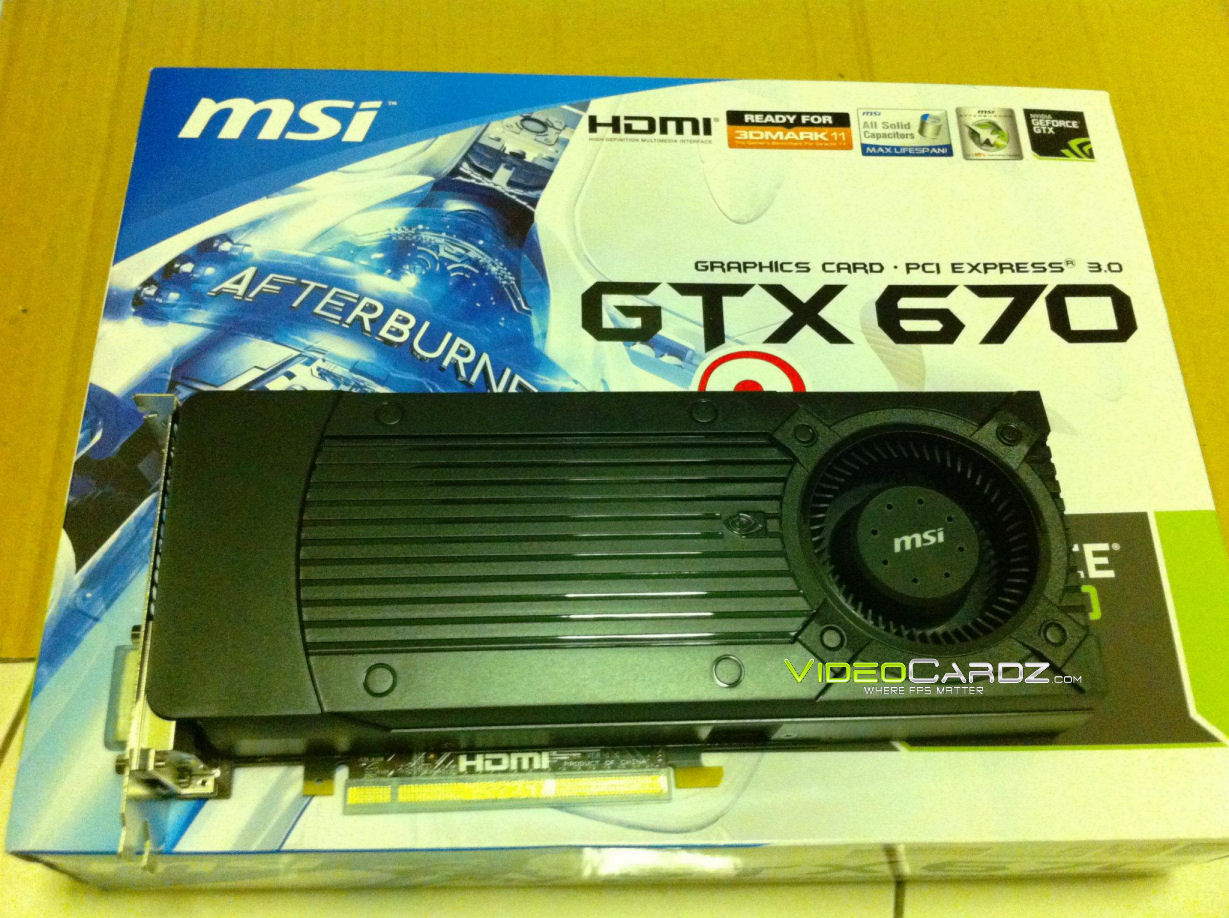 Thanks to our Malaysian friends we can have a peek on new GTX 670 graphics card. This is a MSI GeForce GTX 670 OC model.

According to the source, GeForce GTX 670 will officially be available on May 7th, just like GTX 690. Expected MSRB price is reported at $399, while factory-overclocked models will be priced at $429.

By the way, you can notice a typo on a box — DispalyPort — that doesn’t happen very often…