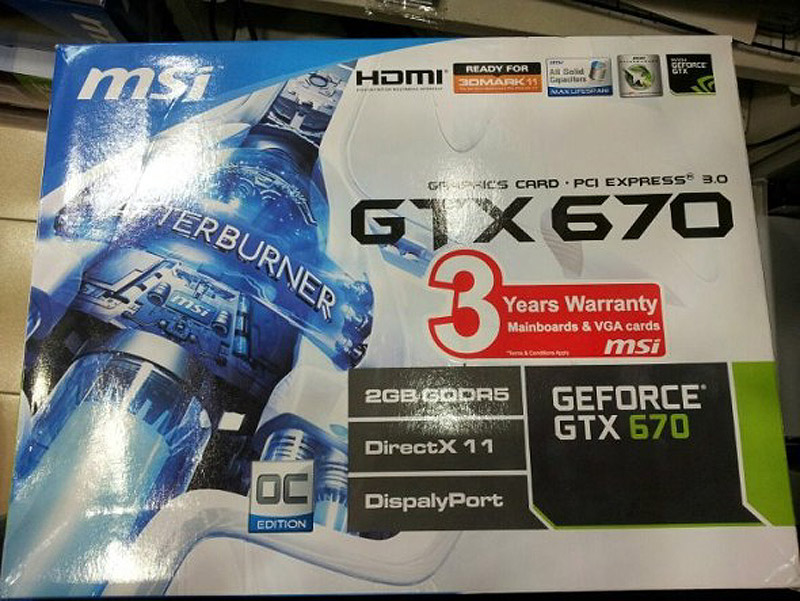 WCCFTech has found a GeForce GTX 670 card from MSI available in some store in Malaysia. This is MSI GTX 670 OC model to be exact.

Although, NVIDIA did not confirm and therefore announce this card, we have numerous indicators of it soon release. So far we had unconfirmed specs and reference card pictured, but no actual box from AIB partner. Well now we have, since this is pure MSI product pictured.

According to the source, GeForce GTX 670 will officially be available on May 7th, just like GTX 690. Expected MSRB price is reported at $399, while factory-overclocked models will be prices at $429.

And now the funny part, notice there’s a typo on the MSI’s box -> DispalyPort