The very first GeForce GTX 670 (non-Ti) card was just listed on web-store in Philippines. Card is available for pre-order in PCHUB for PHP 19990 (around $470 including taxes).

This is Gainward GTX 670 2GB GDDR5 256-bit model. As we can see it features the same memory size and memory interface as GTX 680. So the only differences between these two models will likely be limited to CUDA cores count and clock speeds. Unfortunately no other specifications were posted.

Latest rumors say that GeForce GTX 670 will be officially released on May 10th. But since first cards are already listed in stores we may be expecting GTX 670 along with GTX 690 in 2 days. 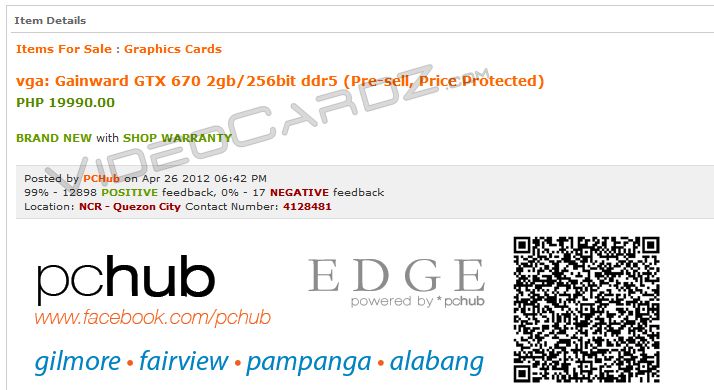