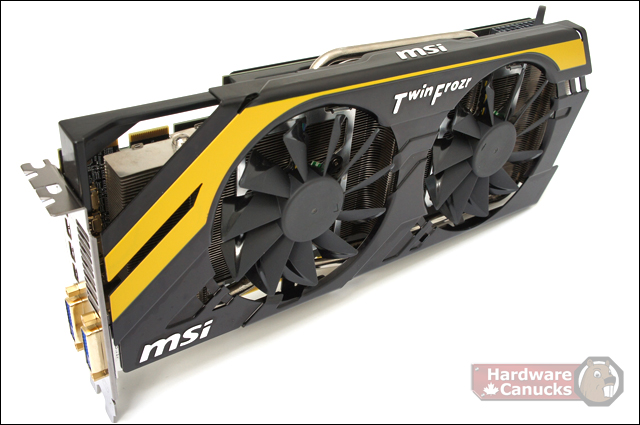 HardwareCanucks have tested the most powerful Radeon HD 7970 card available. This is a MSI HD 7970 Lightning card which is factory-overclocked and has lots of features you won’t find in other HD 7970 cards.

HC: When it was first released, the HD 7970 3GB was able to soundly beat the incumbent GTX 580 and quickly sat atop the GPU market in a place of preeminence. But just as it was starting to become widely available and board partners began rolling out their custom versions, NVIDIA shocked everyone by introducing a card that not only beat the HD 7970 but undercut its price as well.

The current situation doesn’t look all that good for AMD’s loyal partners since even in light of NVIDIA’s price / performance dominance there has been a general refusal to lower prices. As you can imagine, any company that had released higher end version of the Tahiti architecture is paying dearly due to lost sales and a lack of inventory movement. However, there are several cards out there which have been sheltered from the volatility since they cater to certain market niches. The MSI HD 7970 3GB Lightning is one such card since it is firmly targeted towards well heeled enthusiast buyers.

MSI’s Lightning series is well known for its genre leading clock speeds and wide ranging feature set so we were expecting it to have some envious specifications. It didn’t disappoint on that front but there are a few oddities sprinkled throughout this card and one of them is the memory speed. Unfortunately, MSI has decided to implement an almost insultingly low memory overclock which isn’t too much of a surprise since other board partners have chosen this route as well. Maybe it’s because they figured the HD 7970 has enough bandwidth for their needs but a larger increase on this front is sorely missed considering the Lightning’s astronomical price of 1 935,88 zł(1 935,88 zł($600)).