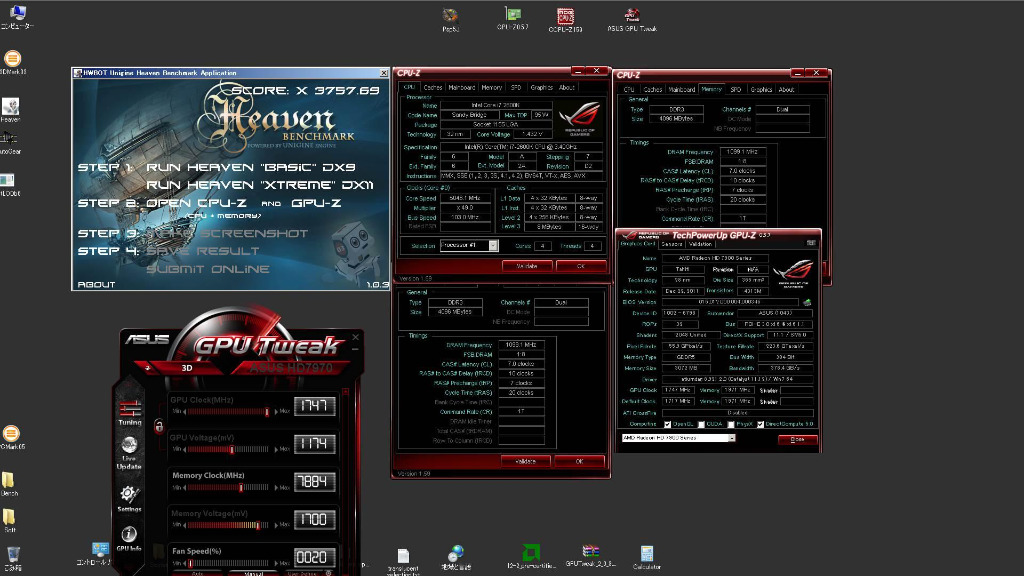 Team Katana from Japan has submitted a new record to Hwbot competition. They overclocked Radeon HD 7970 to 1747 MHz. That is in fact less than the highest core clock set on MSI HD 7970 Lightning (1.8GHz).

Team Katana used VTX3D Radeon HD7970 X-Edition card, they modified VRM to 6 phases by OCB-mod. Also they fixed resistors 7.5K on the back of the card. They reached core voltage of 1630V and memory voltage of 1.895V. Unfortunately, this card did not survive long enough to test it in other benchmarks than Unigine.

Team Katana: This card has already died after Heaven. GPU Core and almost all MOSFET were burnt out.

Card was overclocked to 1747 MHz for core (925 MHz by default) and 1971 MHz for memory (1250 MHz by default). They reached 3757.69 score in Unigine Heaven benchmark in Xtreme Preset. This is a new world record for this card. You can read details here.