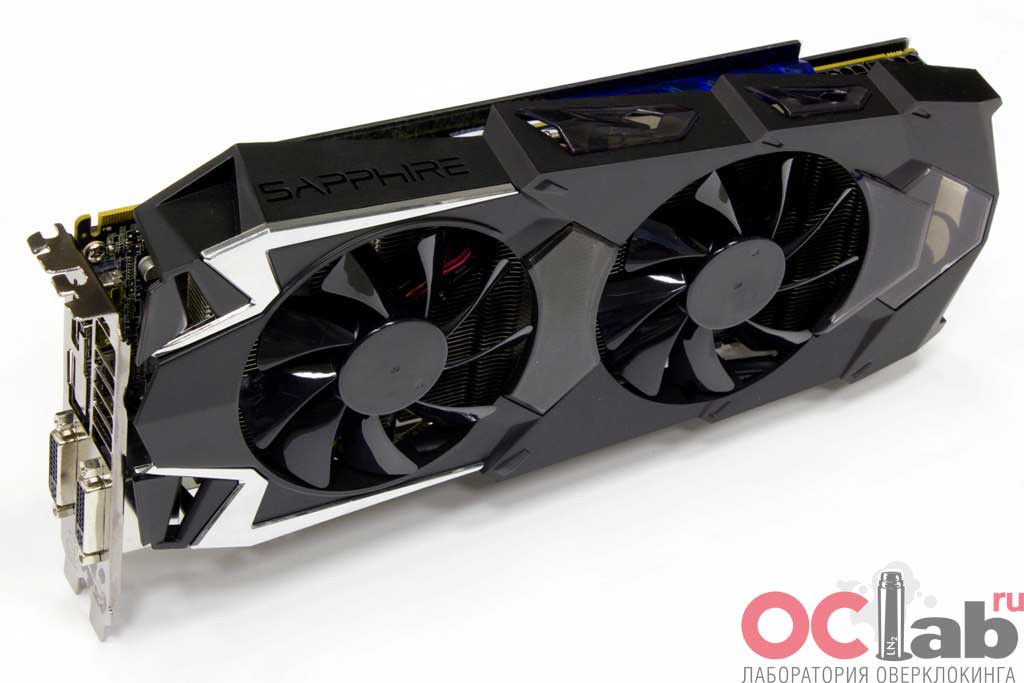 Sapphire has designed their own custom PCB to hold 6GB of memory. 24 memory chips are divided for each side of the card. Card was equipped with modified VRM to feature 8+3 phases of power. Additionally this card will require two 8-pin power connectors.

Special VRM controller features multiple software configurations. When we look on the top of the card we will notice that it’s equipped with LEDs to indicate actual vGPU Phase.

Cooler was designed from scratch. It has two 80mm fans positioned on the top of large heatsink. The heat is transported by four nickel-plated heatpipes.

Sapphire Radeon HD 7970 Toxic 6GB has a default core clock of 1150MHz and 1500 MHz for memory. Card is equipped with dual-BIOS chip so it’s easier for overclocking than reference HD 7970 cards.

OCLab.ru have made a quick test of overclocking capabilities of this card. They reached a core clock of 1300MHz, and memory up to 1900MHz, scoring 12463 points if 3DMark11 Performance Preset.