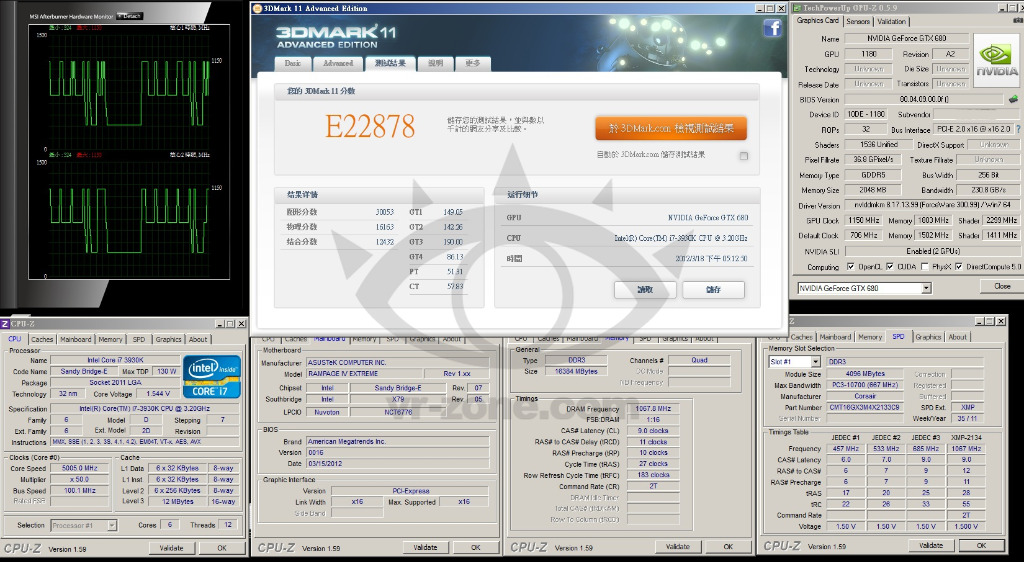 VR-ZONE was the first to grab two GTX 680s. They posted benchmarks of GTX 680 running in SLI configuration. They promised to post 3-Way SLI performance, as soon as they get third GTX 680 in hands, which is after release of GTX 680.

Benchmarks results are quite solid and prove everything that NVIDIA said about their upcoming SLI performance of GTX 680. As they said, SLI configuration is raising 3DMark11 results almost 100% – it’s twice as fast as single card.

Tests were performed with Core i7 3930K processor, which was also overclocked to 5GHz. These results may seem to be comparable to overclocked Radeon HD 7970, although we still have no data about overclockability of GTX 680.