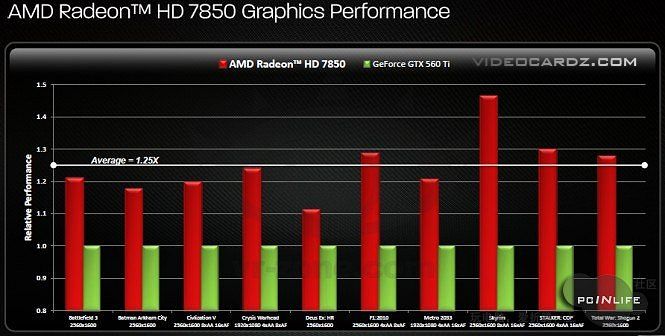 PCINLIFE has posted multiple screenshots and slides of performance comparison between NVIDIAs GeForce 500 series and AMDs Radeon HD 7800 series. Yesterday unofficial specifications were leaked by the same website. Now we have performance charts, specifications and various comparisons to NVIDIA products. There is also a slide with cards from all the manufacturers.

To summarize, AMD products proved to be disappointing. We expected much better performance for this price. Benchmark results are not spectacular and may not be able to compete with future NVIDIA products.