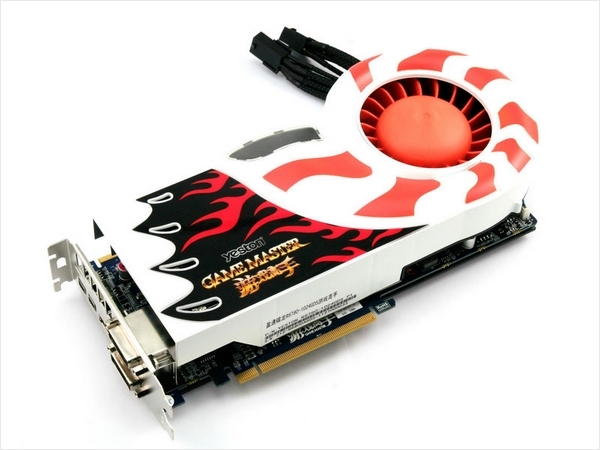 Even though we have new Radeon HD 7000 series currently being released, Yeston deciced to refresh a year old card which was quite popular for gamers. Yeston R6870 Game Master Edition has innovative VRM (Voltage Regulator Module) which is regulated and stabilized by LEPAK MOSFETs and NEC TOKIN Proadlizers.

The card has great overlocking potential, out of the box it offers stock clocks with core clock set to 900 MHz and 1050 MHz for memory. So, it is up to owners, how much they would like to overlock it, although Yeston prepared some OC profiles for quick implementation. Cooling system which is frankly speaking massive, takes up to 3 slots on your motherboard. Card is available in China for 1.199 RMB ($190).