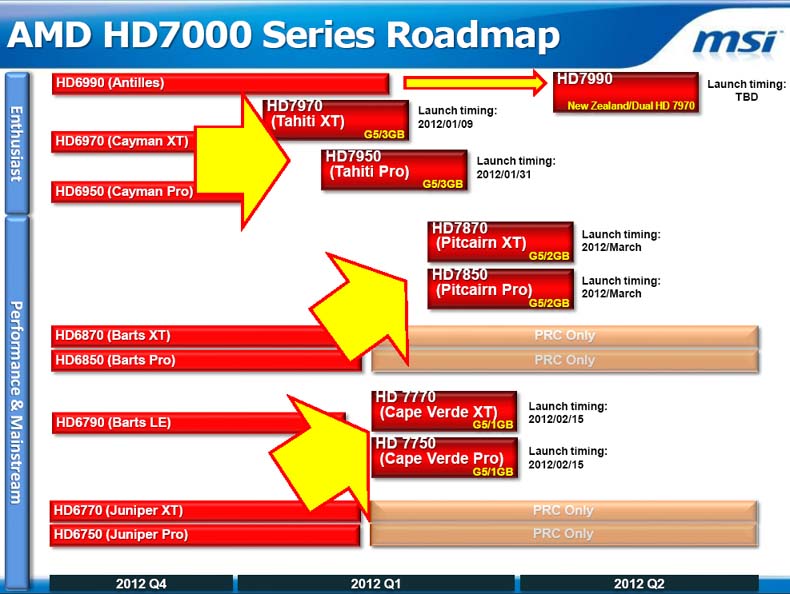 Everyone who is expecting to grab one of the newest graphics cards is probably waiting for cards from performance market segment. These cards are not cheap but are also not that expensive. First Radeon’s to be released after HD 7950 would be HD 7770 and 7750, which is launching on February 15th. Next to follow are cards from HD 7800 Series, which are expected in March.