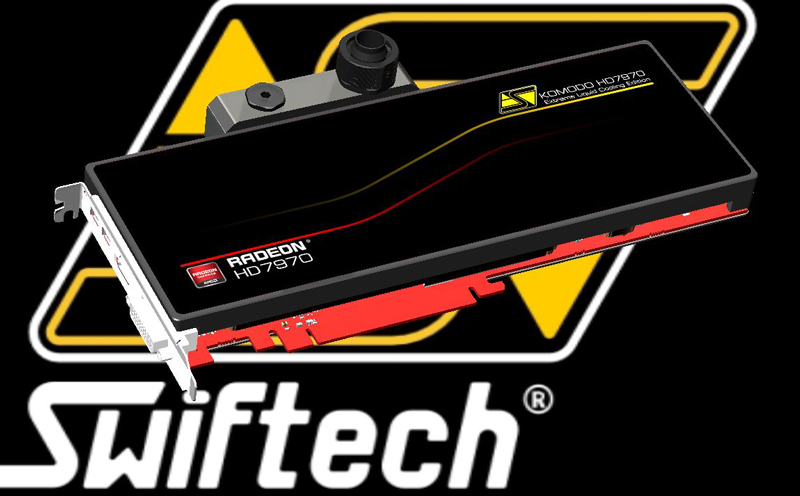 Swiftech is almost ready with a high-end, full-coverage water block for AMD Radeon HD 7970 graphics card, which its makers are touting as being a “real” full coverage block, as it’s not only making contacts with all critical hot components of the card, but also physically covering the entire area of the PCB, including its reverse side, with a backplate (something that’s not part of the AMD reference design). The company released CGI drawings of its product to the web.

Called the Komodo HD 7970, the block confines itself to the size of one expansion slot with an included single-slot bracket. The monolithic black design adds a lot to the aesthetics of the card, including its fittings area. The primary material of the block is nickel-plated copper. The portion of the block over the GPU has a 0.25×0.25 Micro Pin matrix, which maximizes heat dissipation to the coolant. Unlike other full-coverage blocks where a portion of the block that doesn’t have flowing coolant makes contact with the VRM, the Komodo HD 7970 has “active” VRM cooling, where the area over the VRM has its own coolant chamber, and is part of the coolant’s primary flow.

The bridge (where fittings are found) has a red-illuminated Swiftech logo. The included single-slot PCI bracket is made of black chrome-plated steel. The included backplate is made of brushed aluminum that’s anodized black. The base plate is chrome-plated with a mirror-finish. The company did not give out pricing or availability. 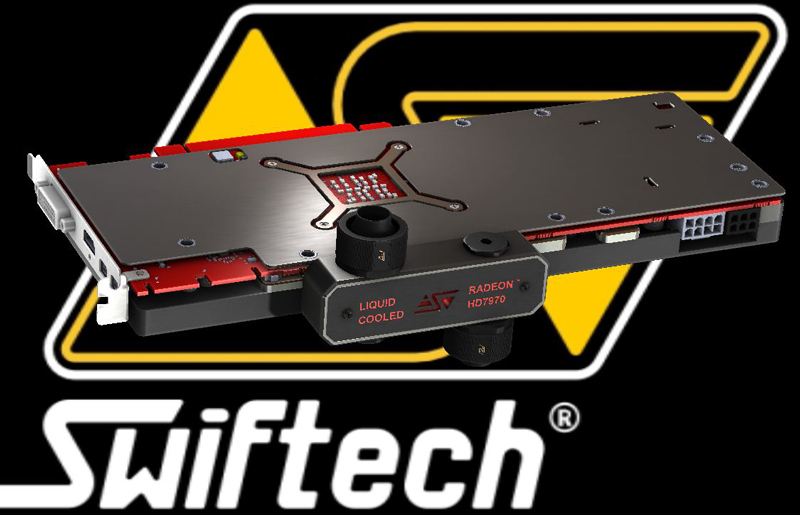 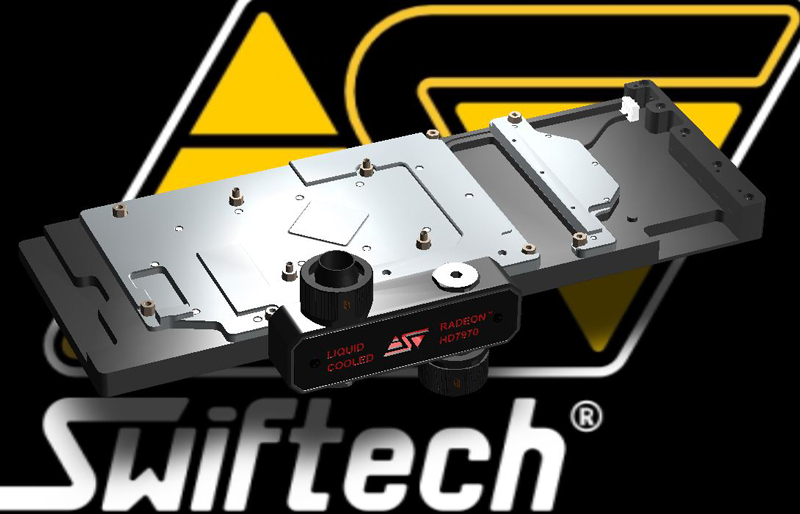 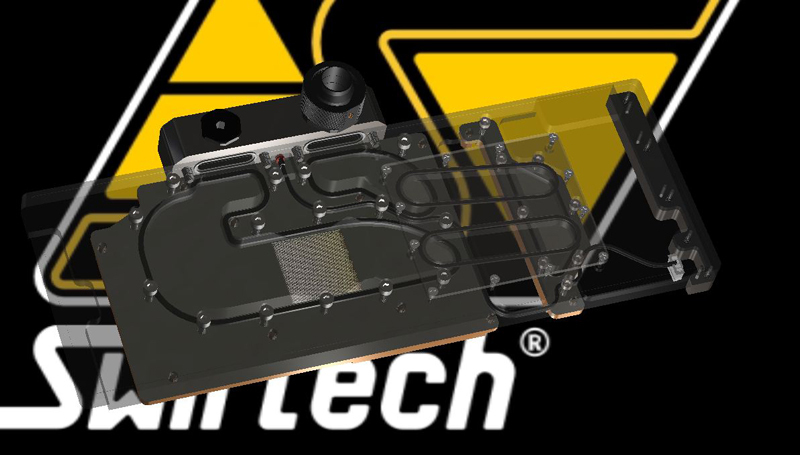